Progressive organizer Adrian Ghainda, 24, is jumping into the Hudson County commissioner race in the 2nd District, potentially setting up a matchup with Commissioner Bill O’Dea, the longest serving member of the board. 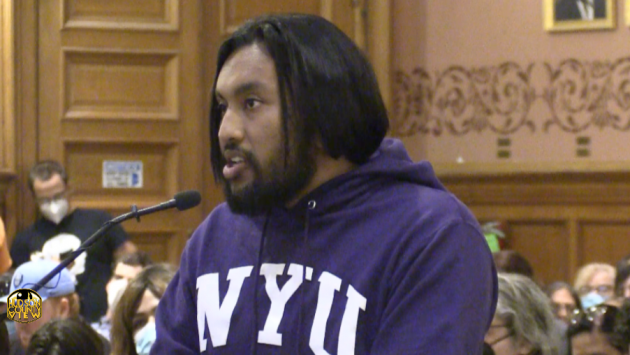 “I am running for County Commissioner because our people deserve an option at the ballot box. We deserve to have the working-class represented not only by everyday people but to also have our voices heard in every political process,” Ghainda said in a statement.

“I was born and raised in Jersey City and I’ve seen the toll it’s taken on friends, family, and neighbors who were pushed out of our county because of how unaffordable it became. We deserve to have our elected officials advocating to keep us in the place we’ve called home instead of selling us out for a pretty penny.”

He has also served as a field coordinator for the Hudson County Democratic Socialists of America’s Right to Counsel campaign.

“Adrian is one of the most kind and selfless people I have ever had the blessing to work with. He is a true organizer at heart who understands that the injustices of the morally bankrupt system and those who prop it up are not resolved by the charity of a single individual, but through building community through solidarity,” added activist Ricardo Rojas.

“He is a man wise beyond his years, who I am confident will bring truly inclusive, truly progressive vision for the 2nd District so that every neighbor no matter their place of origin or socioeconomic class can call this place ‘home,’ now and in years to come.”

Ghainda could also potentially be setting himself up in a race for an open seat if O’Dea decides to run for the state Senate seat in the 31st Legislative District, with incumbent Sandra Cunningham all but certain not to seek another term.

Earlier this month, the Hudson County Democratic Organization announced their endorsements for the 32nd and 33rd Legislative Districts, along with county executive, but decided to hold off on LD-31 for the time being.

With Eleana Little declaring a bid for county executive, Mamta Singh running in the 4th District, and Ron Bautista announcing in the 5th District, it looks increasingly likely that local progressive groups will back a full county ticket, which would include nine commissioner candidates.