A Secaucus man was charged with driving while intoxicated after hitting a parked car and flipping his own vehicle last week, police said.

Elioenrique Tejada, 35, of Secaucus, was charged with driving while intoxicated, reckless driving and driving with a suspended license, according to Police Det. Sgt. Michael Torres.

On Thursday, May 5th at around 11:30 p.m., police responded to a report of car crash with one vehicle overturned near the intersection of Paterson Plank Road and Wilson Avenue, officials said.

The overturned vehicle was being operated by Tejada and further investigation at the scene suggested that Tejada struck a parked vehicle, causing his car to flip, authorities said.

No injuries were reported as a result of the accident, police said. 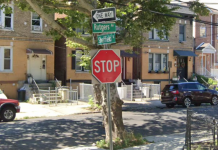