A duo was busted with a sawed-off shotgun after robbing a bottle of tequila from a Hoboken liquor store in broad daylight, police said.Â

Police were called to respond to Giannone Wine and Liquor store, 301 River St., on a report of several males shoplifting at approximately 2 p.m. yesterday, officials said.

When officers arrived they were directed to two males, still in the vicinity, that were involved in taking a bottle of Patron tequila, valued at $50, concealing it, exiting and leaving the establishment without payment, police said.

Police Officer Jonathan Lyons, who recently graduated from the police academy and is still in field training, along with Officer Joseph Mezzina, were able to catch up with the two suspects at the intersection of Third and River Streets for an investigatory stop pertaining to the allegations made. Motorcycle Officer Dylan Archilla responded as back up, authorities said.

Within seconds of the stop, Lyons observed a long, dark object protruding from underneath Spadavecciaâ€™s clothing and slightly visible through a tear in his jeans. Archilla immediately reacted and disarmed the suspect taking control of him and securing the weapon, while Lyons took control of Williams, police said.

The weapon was found to be an illegal loaded sawed off shotgun, slung over Spadavecciaâ€™s shoulder with use of a belt and placed underneath his sweatshirt and into his pant leg, to attempt to conceal it from perception, officials said.

Both men were processed and remanded to the Hudson County Correctional Facility.

“I commend the outstanding display of bravery by Officer Dylan Archilla who quickly reacted to physically disarm the individual who was possessing a loaded, sawed-off shotgun and take him down without injury to the suspect, the officers or any innocent civilians,” said Police Chief Kenneth Ferrante.

“I further commend the keen eye of Officer Jonathan Lyons, a rookie officer who is still in his Field Training period, who was the first one to see the shotgun under the suspectâ€™s clothing and immediately reacted and alerted Officer Archilla!â€ 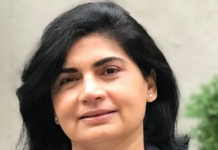 Police: 4 women, from 3 different states, charged with prostitution in...