U.S. Reps. Bill Pascrell (D-9) and Donald Payne (D-10) are applauding President Joe Biden’s (D) $1.2 trillion infrastructure plan after the House of Representative sent the bill to to his desk. 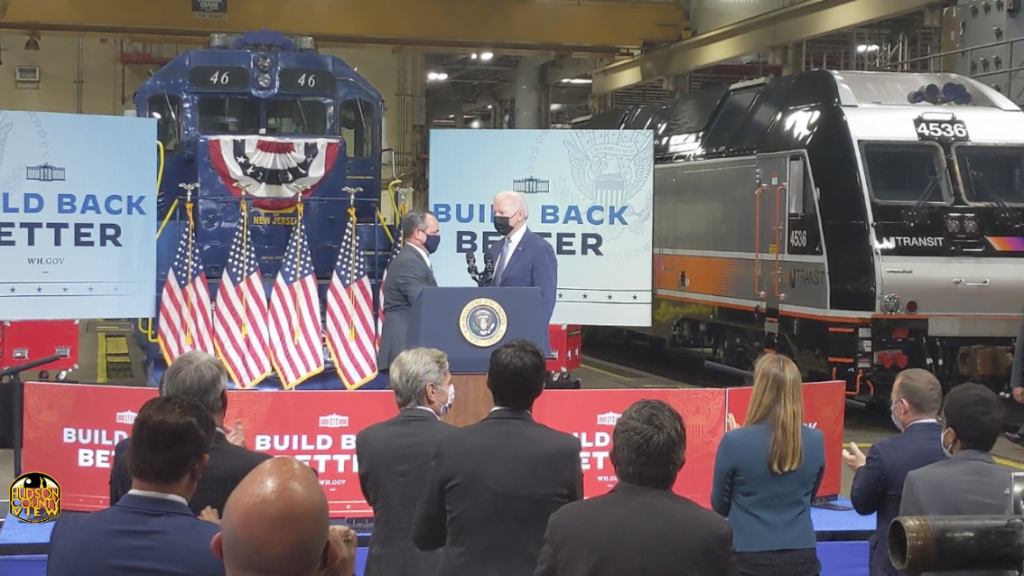 “This bill funds infrastructure projects that are vital to the economic prosperity of my district and the entire state of New Jersey. It will create thousands of good-paying jobs and help commuters and passengers get to their destinations faster and safer throughout the state and Northeast Corridor,” Payne said in a statement.

“But infrastructure is more than roads and bridges. I am proud that it includes money to replace water pipes to protect Americans, especially American children, from lead exposure in their drinking water. Plus, it will help fund the Hudson River Tunnel, a project that is critical to the national economy as well as our local economy.”

Biden’s plan is the largest federal investment in public transit, with $14 billion allocated to improve transit throughout the urbanized areas of New Jersey, New York, and Connecticut.

There is also another $38 billion in funding that could be used for the Gateway Project. Last month, Biden came to Kearny touting his infrastructure plan and the advancement of the Portal North Bridge project – a part of the Gateway.

“Last week in North Jersey, we joined President Biden to announce a replacement for our 110-year-old Portal Bridge. In our district and across the country rebuilding America demands replenishing and replacing our crumbling roads, tunnels, and bridges. It will be the largest investment ever in our public transit system, as well as our passenger rail service, and provide the funding needed for the Gateway Project,” Pascrell said in his own statement.

“Communities will benefit from massive funding to upgrade our sewer systems, and public health will improve thanks to funds for clean and safe drinking water. The Democratic Congress will pay down our country’s largest investment in new infrastructure that we have seen in decades. This is a titanic win for the United States of America. This is what building back better looks like.”

“I was glad to join my colleagues last night in passing theInfrastructure Investment and Jobs Act. This $1.2 trillion investment package will support states and communities to make necessary repairs to their roads, bridges, and highways, improve our resiliency to climate change and extreme weather, and create millions of jobs in the process,” his statement reads.

“I am proud to support the final passage of these long overdue investments and look forward to seeing this legislation’s positive impact on residents of New Jersey’s 8th District, and communities across America.”

13 Republicans voted yes for the bill, while six Democrats voted no. The final vote was 228 to 206.

Editor’s note: This story was updated with a comment from U.S. Rep. Albio Sires.