The Palisades Vista developer is suing the Union City Planning Board for rejecting what they allege is a “fully conforming” project back in July. 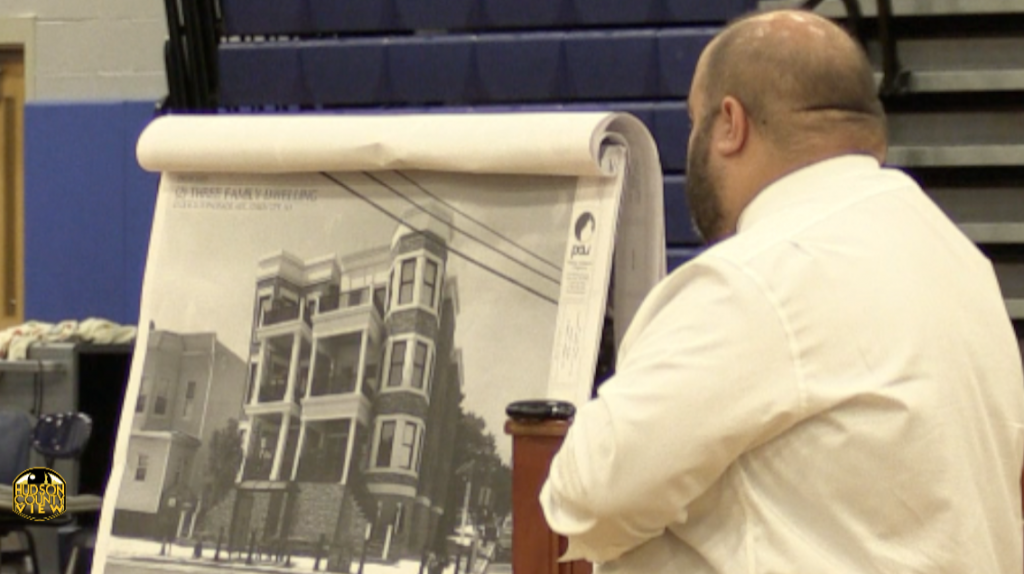 “The resolution denying the application should be overturned as arbitrary and capricious and Palisades Vista must be permitted to develop its property in a manner that is fully consistent with all objective regulatory standards, local ordinances and the Municipal Land Use Law.”

The suit continues that the area is zoned for residential use which permits the construction of one-, two-, and three-family homes.

Their application called for the construction of a four-story structure with two new three-family homes that would’ve included parking on the first floor and three residential units above it.

At a July 27th hearing, the UCPB unanimously (6-0) voted down the development, which borders Weehawken, where several residents said approving the project would destroy the character of the neighborhood, as HCV first reported.

Bianca Pereiras, the attorney for the project who filed the suit, noted that the project met all the local guidelines in place and is seeking no preferential treatment, but was unable to change the commissioners’ minds.

The board later adopted a resolution memorializing the action on September 28th.

The two-count suit, which alleges the decision was arbitrary and capricious and failed to make adequate findings of fact and conclusions of law, is seeking a court order to approve the site plan application.

They are also seeking for the city to issue a building permit, costs of suit, attorneys’ fees, and other relief the court deems just and equitable.

Planning Board Counsel Brian Chewcaskie could not immediately be reached at his office on Monday morning.

Hudson County Schools of Technology bus crashes into the front of...