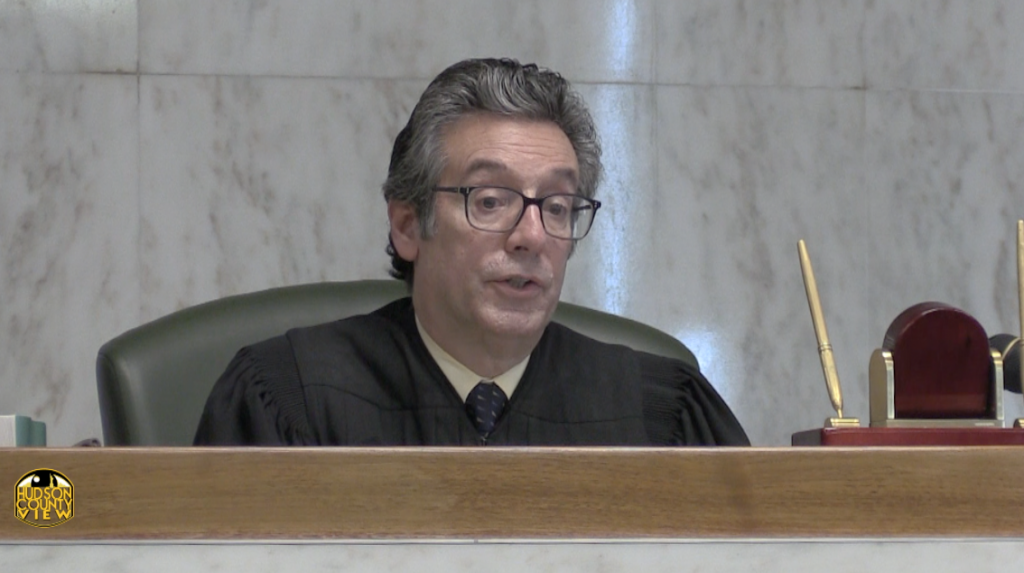 Bariso, the assignment judge since February 2012, is calling it career on April 1st and will be succeeded by fellow Superior Court Judge Jeffrey Jablonski.

While Bariso, first appointed by then-Acting Gov. Richard Codey in 2005, has heard hundreds, possible over a thousand cases, in his long career there are two in particular that left a lasting impact: a jury trial involving the Jews Offering New Alternatives for Healing (JONAH) and the state vs. JLG.

“The JONAH case involved a lot of research regarding the issue of same sex attractions and whether or not it was a mental disorder or not … One of the first trials I had that had interesting jury selection issues,” he told HCV.

The trial began on June 25th, 2015 a Hudson County jury found that JONAH, founded by two Jersey City couples in 1999 who claimed that they could turn gay men straight, had committed consumer fraud.

During a pretrial ruling in February of the same year, Bariso made headlines for excluding expert testimony from conversion therapy proponents since they based their ideologies on the notion that homosexuality is a mental disorder.

” … The theory that homosexuality is a disorder is not novel but – like the notion that the earth is flat and the sun revolves around it – instead is outdated and refuted,” he asserted at the time.

The case concluded by Bariso granting a permanent injunction on December 18th, 2015, forcing JONAH to shut down all operations within 30 days and pay the plaintiffs an undisclosed amount of the over $3.5 million proposed judgement.

As for the State vs. JLG, Bariso conducted a Frye hearing in 2018 to determine if Child Sexual Abuse Accommodation Syndrome (CSAAS) had any reliable basis that could be used as part of expert testimony.

“When we checked nationally, everyone seemed to accept this as a scientific certainty, but there was never a hearing to test it … The Supreme Court affirmed everything that I ruled,” he noted.

“Those stand out because of the ramifications of the decisions made and because of how important they were – two pivotal cases, you’ll never forget those.”

Additionally, Bariso said he oversaw cases involving a variety of different topics, such as medical malpractice and product liability trials, as well as election law cases.

Back in 2013, he ruled that Khemraj Ramchal, better known by “Chico,” could use his nickname on the ballot.

He ultimately won the Ward B council seat as part of then-Ward E Councilman/mayoral hopeful Steven Fulop’s ticket, though had to resign before finishing out his term due to a drink driving incident.

Beyond his work inside the chambers, Bariso was one of the leading voices in pushing to bring a new county courthouse to Hudson County and it’s clear that he’s thrilled the $310 million project is well on its way.

“I think your gonna have an impressive building that the county and its citizens can be proud of for years to come. The size of it alone … it’s gonna be a tremendous building for a long time coming and will hopefully be as lasting as the Brennan Courthouse,” he stated.

While Bariso had initially planned to retire prior to the coronavirus pandemic before he turned 66, he decided to wait until the courts functions had resumed in a smoother fashion.

However, he isn’t leaving his law career behind entirely: he’ll be returning to his former law firm, Chasan Lamparello Mallon & Cappuzzo, PC, three days a week to serve as a mentor to younger legal minds – as opposed to doing mediations and arbitrations.

As far as his successor goes, Bariso feels that Chief Justice Stuart Rabner made a solid pick.

“I’m happy with the Chief Justice’s choice of Judge Jablonski. He’s been a class act he certainly has the talent and the wherewithal and I think he has the ability, the talent, and the passion to lead a very good group of judges for the next several years,” he said.

Jablonski signed off on a temporary restraining order to hinder protests outside the home of Hudson County Executive Tom DeGise late last year and a hearing on the matter is scheduled for next month.

While Bariso declined to voice an extensive opinion on pending litigation, he remarked that “I think it’s in capable hands.”

Overall, Bariso said he will miss several aspects of being a judge when he moves on to the next stage of his career in a few weeks, but is also confident that all the pieces of the puzzle of there for things to continue operating at a high level.

“There’s a part of me that will miss with working with who I think are the best judges in the state and working with the county – particularly the past nine years with the road to the next courthouse … I’m confident that under Jeff’s leadership the vicinage, is in good hands.”

‘We need to get it done,’ Mayor Zimmer says on flood...

UPDATED: Vainieri: Braddock Park to close due to overcrowding and people...