In a letter to the editor, retired lawyer Dean Smith says that Jersey City Chief Municipal Prosecutor Jake Hudnut should resign from his post if he’s going to run for the Ward E council seat. 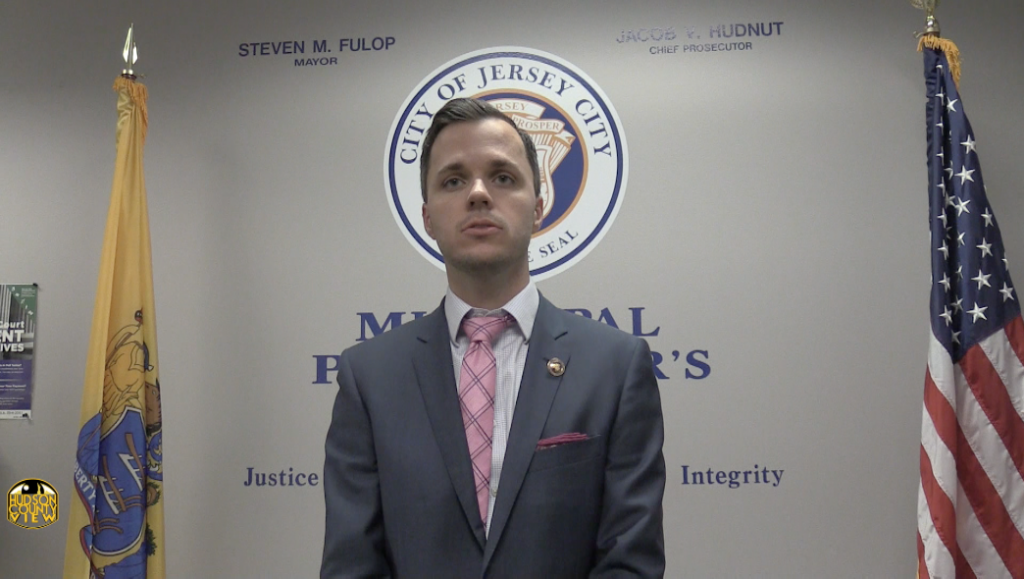 A bedrock principle of the American Legal System is the concept of “rule of law.” It’s the idea that power shouldn’t be exercised arbitrarily by our government, that the law should be applied evenly without regard to citizens’ wealth or background, and that those who administer the law should be neutral, ethical, and independent.

Or to paraphrase a law professor I had many years ago: “in this country, no one is above the law.”

I’m sure that Jake Hudnut—our Jersey City municipal prosecutor and a recently-announced candidate for the Ward E Council seat—is familiar with rule of law. Any good prosecutor is.

In fact, I wouldn’t be surprised if Mr. Hudnut has a similar story about a law school professor from his time at Seton Hall Law School. But at a more basic level, Mr. Hudnut took an oath three years ago when he was sworn in: an oath to protect and uphold the law.

If he takes that oath seriously at all, he must immediately resign his position as municipal prosecutor if he intends to run for city council.

You don’t have to have a law degree to realize right away that a prosecutor running for another public office while keeping his day job is an ethical minefield.

I don’t know Mr. Hudnut personally. I have no reason to doubt his character or his integrity (although his now-deleted social media posts from 2017 do call into question his Road-to-Damascus conversion on Mayor Fulop).

But even Atticus Finch would be hard-pressed to serve as our city’s top cop while also seeking political office. Here are just a few of the ethical quandaries Mr. Hudnut could face in the next few months.

First, we should all be worried about how Mr. Hudnut allocates his time. He is a public employee. His salary is paid by us, the taxpayers of Jersey City. But running for public office is a full-time job.

How can we be sure that Mr. Hudnut won’t do political work—like making fundraising calls, conducting interviews, or meeting with supporters and staff—on the public dime? When he appears at Team Fulop events, what kind of message does that send about prosecutorial independence?

Furthermore, should we really want someone as our prosecutor who isn’t 100% committed to doing the job, with 100% of his energies?

Next, Mr. Hudnut’s office has the power to charge people with crimes. Think about that for a moment. An announced candidate for public office in our city also has the ability to bring criminal charges against anyone he likes.

Prosecutors in this country wield a tremendous amount of discretion.

But I am worried that Mayor Fulop, who has been credibly accused of himself having a casual relationship to professional ethics, leaning on Mr. Hudnut to avoid charging their allies with criminal violations.

Imagine, for a moment, that another member of Team Fulop is arrested by the Jersey City police for a criminal violation.

This isn’t far-fetched; it’s happened before. How can we be sure that Mr. Hudnut won’t let that person walk: either because Mayor Fulop leans on him to do so, or because that’s what he believes the mayor wants?

Finally, we should be concerned that Mr. Hudnut will, until November, seek to use the powers of his office for political gain. This wouldn’t be hard to do.

For instance, he could easily store up charges against landlords or city businesses, waiting for a politically opportune moment to announce them.

He might even seek to bring bogus (or just legally thin) charges against unsympathetic targets, knowing they’ll be dismissed in court, simply because he believes it will generate positive press for his campaign.

Lawyers, as members of the Bar, are held to a higher ethical standard than ordinary citizens. Every state, including New Jersey, has a code of conduct that lawyers are required to abide by in order to remain in good standing.

By announcing his intention to run for political office, Jake Hudnut has already given us reason to worry that he might compromise the high ethical standards the law demands.

If he seriously intends to run for City Council, he must resign as municipal prosecutor. Immediately.

Dean Smith is a retired lawyer who lives in the Harsimus Cove section of Jersey City.