The Hudson County View’s Michael Shurin shares his thoughts on the 2014 Jersey City Board of Education race. 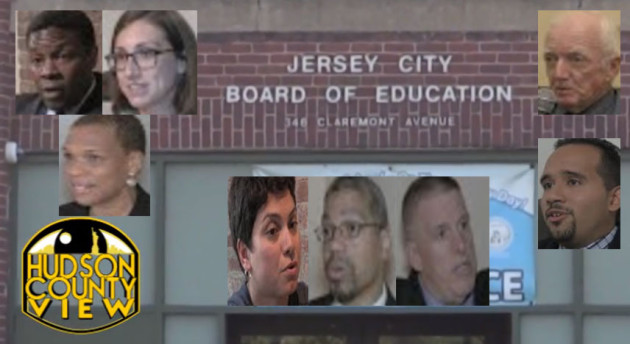 As someone that has spoken to everyone running, I can honestly say voters have eight viable candidates for the board of education to choose from. While each of them expressed a genuine passion for children in Jersey City, there are striking differences from a voterâ€™s perspective.

The purpose of this opinion piece is to highlight some of the key issues to help give voters perspective on who to vote for, discussing some of the questionable politics, some of my own thoughts about education in Jersey City, and an election-day prediction.

The future of Dr. Lyles

For those that would like to see Jersey City Schools Superintendent Dr. Marcia Lyles removed, they would need to get at least five people on the board in this election and next yearâ€™s.

If you donâ€™t like the direction Jersey City Public Schools are going in, you should vote for three of the following five candidates â€“ Gerald Lyons, Michael Reilly, Lorenzo Richardson, Joel Torres, or Gina Verdibello.

If you think the most important issue facing Jersey City Public Schools is teachers working without a contract â€“ you could vote for any of the five candidates mentioned before or vote specifically for the JCEA-endorsed candidates (Gerald Lyons, Lorenzo Richardson, and Joel Torres)

This election is truly a bellwether for the nationwide education reform movement in Jersey City.

Questionable politics of the race

Thereâ€™s no doubt Richardson engages in hyperbole regularly when speaking during public meetings, often times to illustrate his passion and conviction on important issues.

Did he cross the line when suggesting that board members were being figuratively held at gunpoint by the state, and that if he were in their shoes heâ€™d want the trigger to be pulled?

Was his statement so outside the bounds of acceptable behavior that he should be disqualified from legitimate consideration as a candidate?

If Richardson makes it on the board, I suggest a private retreat to plant the seeds of a workable relationship.

Itâ€™s hard for me to call Jersey City teachers greedy for wanting a new contract. The total benefit package of teachers when you factor in long-term benefits is certainly pricey for taxpayers, but that doesnâ€™t mean much for those raising families on modest take home pay.

Simply put – Itâ€™s time for the teachers to get a contract and a raise.

That said, the reality is, without a fundamental change to long-term benefit packages and salary pay scales, the union and board will have signed up teachers and taxpayers for financial disaster.

Whenever the teachers do get their contract, whatever financial security they feel will be temporary at best.

Whether outsourcing the management of substitutes is worthwhile or not is certainly worthy of debate, but the political grandstanding around it is not.

In regard to the alleged slapping of a student by a Source4Teacber sub, people are responsible for their individual actions.

Do unionized teachers who get caught having sexual relations with their students represent the unionâ€™s opinion on that type of behavior?

Of course not, and the same applies for Source4Teachers.

Iâ€™m not going to address any of the issues raised in the lawsuit, because that has nothing to do with my criticism.

Dropping a lawsuit alleging racism right before an election and using it as a campaign tool is tasteless to say the least, especially when those implicated are mostly of color.

Surely, class war exists in Jersey City Public Schools, and there may very well be class war playing out at PS 3, but loosely tossing around accusations of racism at the end of a campaign season is wrong.

Some thoughts on the race

– Mayor Fulop has no principle on the issue of education

This isn’t the first time this thought has been explored, as PolitickerNJ brought it up when Fulop endorsed Ras Baraka for Mayor of Newark.

For someone that essentially based his candidacy for mayor on leading the education reform movement in Jersey City, to becoming virtually non-existent on an issue that he professed a commitment to, should raise a few eyebrows to say the least.

However, because youâ€™re non-existent, doesnâ€™t mean youâ€™re not backing a slate.

According to multiple sources, Fulop is discretely backing the JCEA endorsed ticket of Gerald Lyons, Lorenzo Richardson, and Joel Torres – he just can’t do it openly for these reasons:

1. Jumping from Parents 4 Progress, which he was politically aligned with until a recent dispute in which he tried to force the board to lease space from a developer seeking a tax abatement, to the JCEA is a policy flip-flop that would make former Republican presidential candidate Mitt Romney blush.

2. If he backs candidates for the BOE that lose, it will be the burgeoning sign that voters don’t care for his endorsement. If your endorsed candidates can’t win a local school board race, what message would that send to power brokers watching from around the state?

3. Lorenzo Richardson is endorsed by the JCEA. For Mayor Fulop to endorse Richardson, one of his harshest critics on education, it would show that everything he worked for in the last 5 years was either about advancing his political career or taking care of special interests involved with education reform.

4. This has everything to do with the NJEA and becoming governor. The teachers union is much more of a political force in New Jersey’s white, blue-collar suburbs than Jersey City. It really helps to win those votes when running to be the Democratic nominee for Governor of New Jersey.

It should be noted that Fulopâ€™s top opposition in the Democratic primary for governor is NJ Senate President Stephen Sweeney, loathed by many in the NJEA for his support of Gov. Christieâ€™s pension reform legislation.

Iâ€™ve always been a supporter of transparent politics, and itâ€™s not like the union or candidates are hiding about the endorsement.

As Iâ€™ve said before, if you want the teachers to get a new contract, one more favorable to them, voting for the JCEA backed candidates is a good start.

A few years ago I heard the master plan was to shut down focus and priority RAC schools and turn them into charters.

Today a few of those schools are being phased out the RAC system, and so far none have been shut down and turned into a charter to the best of my knowledge.

– Teachers have a really tough job, especially in Jersey City

For all the criticism teachers have taken over the past few years, and some of it is warranted, I think somewhere along the line people forgot how difficult the job they do is.

Did they sign up for it? Yes, but that doesn’t mean we shouldn’t provide them the proper resources to succeed in and out of the classroom.

A lot of kids walking through the doors of Jersey City Public Schools come with baggage that forces teachers to be psychiatrists and guidance counselors on top of educators. For all the criticism teachers get, and Iâ€™m one to dish it out, letâ€™s not forget some of the challenges they deal with on a daily basis.

This is not an endorsement, just a prediction, that Carol Harrison-Arnold, Gerald Lyons, and Lorenzo Richardson will be victorious on election night.