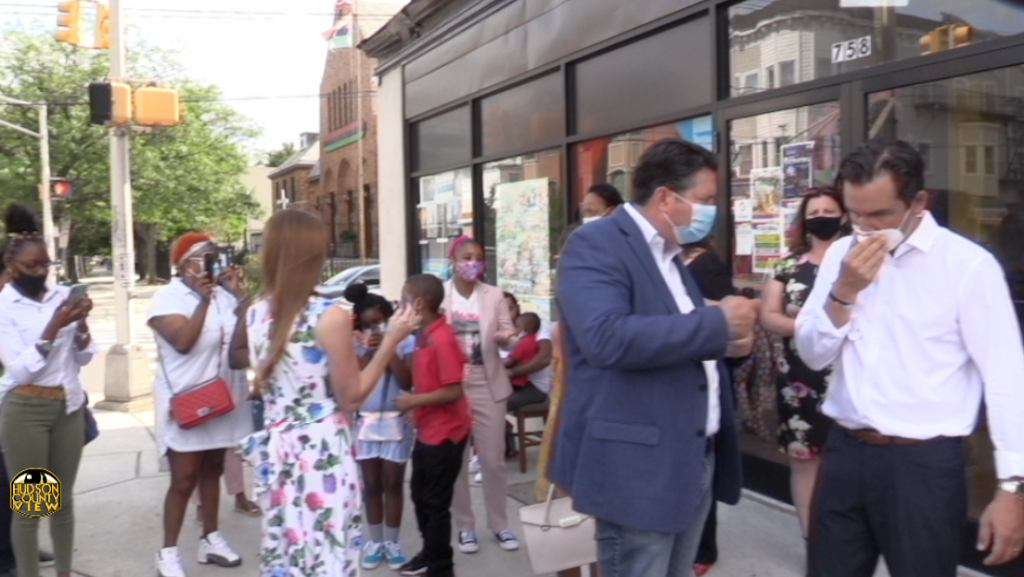 Every day brings new headlines concerning the recent COVID surge. Records were shattered with 30k NJ cases in one day, hospitalizations have surpassed late 2020 levels and continue to climb. Lines wrap around buildings for testing and many are turned away.

Some medical providers have to shutter operations due to staffing issues and outbreaks. Multiple school districts are shifting back to remote learning. Scenes from a time we have seen before, except the reaction isn’t nearly the same.

The federal government has candidly passed the buck to the states and Governor Murphy is preaching vaccines and masks but no state mandates. However there is a growing list of municipal mask mandates, yet Mayor Fulop of Jersey City remains on the sidelines.

Those who face the most risk should come as no surprise: those in the service industry, educators, healthcare workers, the immunocompromised, the list goes on. Everyone is at some level of risk for hospitalization and long COVID even with boosted vaccination.

Long COVID doesn’t nearly get its due attention, thousands upon thousands are experiencing debilitating symptoms weeks, months, and years after infection.

There is no telling how many will be left with chronic conditions and disabilities, the possibilities for lasting effects only grows with research. Mask mandates are far cry from a comprehensive strategy but they are certainly a step in the right direction.

Many Jersey City residents are calling for action, but in reply to a Twitter comment Mayor Fulop wrote a thread saying “a patchwork of rules municipality to municipality isn’t necessarily productive” and “we will follow @GovMurphy’s lead”.

Mayor Fulop’s argument has become a self-fulfilling prophecy. What supports the most vulnerable among us and those on the front lines is doing whatever we can to stop the spread. Wearing a mask works and provides a massive return for such a simple action.

Patchwork or not, a mask mandate is going to protect people who I’m sure very much want to see another holiday season with their families.

Many choose not to wear a mask indoors when not eating or drinking. Social distancing has taken a backseat in terms of signage and guidance, so indoor huddles easily form in a dense place like Jersey City.

Whatever the motivation, it’s careless and irresponsible to act in such a way given current conditions. Masks were required for Mayor Fulop’s recent inauguration. If the principle applies there it should apply to the whole city. With a third term victory realized, Mayor Fulop is free to take action.

It’s clear our neighbors and peers see the benefit, so the time to act is now. The administration should start this new year with a step forward and enact a simple policy that is so crucial to protecting the health and welfare of everyone.