In an editorial, New Jersey GOP State Committeeman Joshua Sotomayor-Einstein expresses his point of view about how feigned outrage over inappropriate text messages from 2018, which he has apologized for, is the latest example of why the Republican party needs change. 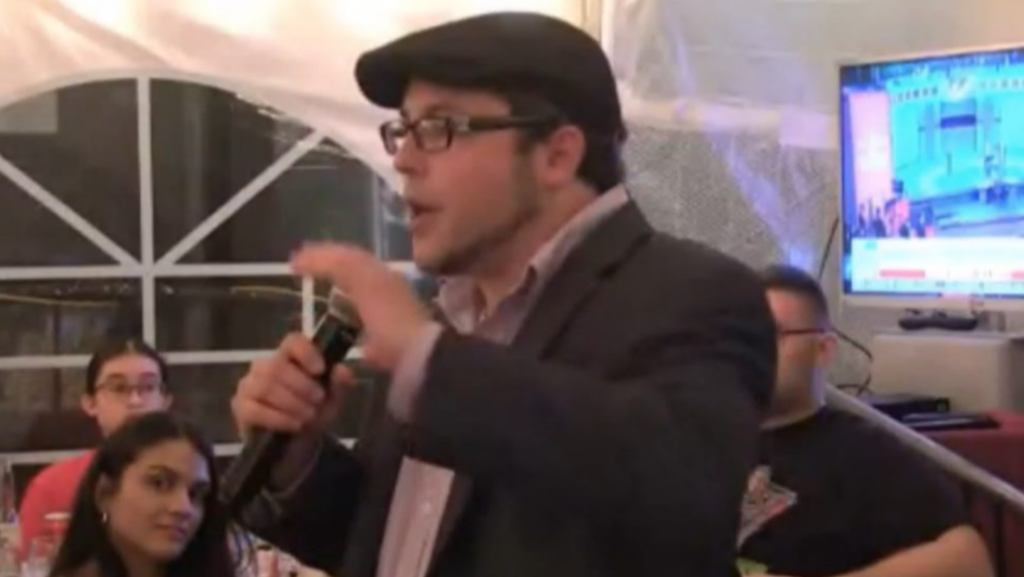 The latest attacks by Jose Arango, titular Chair of the Hudson County Republican Party, and his political retainers targeting me is demonstrable evidence of why it is imperative political bad actors, like him, are driven from the GOP.

Instead of growing the party and supporting Republican candidates, Arango and his minion’s attack those, such as myself, who do. He does this to preserve his de facto job working for the county Democrats.

Arango has called for my resignation from the NJ GOP because he pretends a screen shot of several 2018 texts regarding a relationship over a decade ago, and in which I state my actions (though legal) were horrible, is disqualifying.

If Arango believes personal, private, and legal behavior bars someone from political position, surely then his alleged history of aggression and documented record of illegal activity – putting others in danger by driving under the influence of alcohol or narcotics would necessitate his resignation from the chairmanship of the Hudson County Republican Party.

However, Arango is not serious nor sincere. Whereas I have engaged in no excuse making for treating and talking about other human beings in a way I have not liked when done to myself, Arango had to be threatened by a petition before he apologized for sexist remarks he made during the 2013 NJ gubernatorial race.

This is not Arango’s first attempt at character assassination targeting myself.

Arango’s left-wing-like Cancel Culture attacks have included the infantile and homophobic allegation I am gay and live with my partner, the inane lie that I am anti-Semitic (despite my lifetime involvement in Jewish culture, life, and organizations), and now this.

These are the actions of a do-nothing title holder concerned that he will be replaced by someone committed to growing the Republican Party and who will not work for the Democrat Machine.

Indeed, in his over 2 decades as do-nothing Chair of the Hudson County Republican Party, other than accusations of impropriety, mailers on behalf of Democrats candidates, failing to fulfill promises or fundraise for in- county GOP candidates, and endorsing Democrats, Arango has zero wins for the GOP and consistently attacked grassroots GOP leaders.

Moreover, his recent attack spearheaded by Tia-Lyn Ghione, who has to date not unfriended me on social media and who continued to text, call, and attempt to make plans with myself after the texts she claims to take offense with 2-3 years later, make little to no sense.

Their argument is that Tia is standing up for women by objecting to a story I texted her over 2 years ago which involved no illegal activity and myself and a third party (not Tia) with whom I was seeing over a decade ago.

I stated in the text that Tia shared that my actions were “horrible” and that I had been a “horrid person.”

Undoubtedly, I find my past playing games, leading women on, and mean behavior to some of those I have dated in the past absolutely horrible and for that I apologize.

But to Tia it seems the umbrage she has in 2021, after sitting on these texts for almost 3 years, is likely manufactured.

If in 2018 she ‘discovered’ I was the enemy of women she and Arango are currently attempting to paint me as, rather than as someone who was using a personal example as a cautionary tale, why would she continue to contact, make plans with, and call me for advice?

Furthermore, why would she offer to put me in contact with a female friend of hers?

Finally, if Tia is advocating for women as she claims and is not, in fact, acting on Arango’s behalf why did she respond with “#killinit”, a celebratory response Slangit.com defines as “a phrase used to describe when a person is being awesome or doing something awesome”?

If Tia objected to the retelling a story of my own past legal behavior which I stated was horrid, why would she use a synonym of awesome to describe it?

The fact remains that is the most recent in a string of attacks by Hudson County Republican Chair Jose Arango to stop the grassroots campaign to build an active county GOP. It will fail.

Hudson County Republicans want a county GOP that works for Republicans not against them – they want a new county chair.

Hudson County June 7 ballot drawing will be for 3 congressional...