In an editorial, Hoboken resident Joshua Sotomayor-Einstein gives his take on why the board of education’s survey about long-range facilities plan is completely disingenuous. 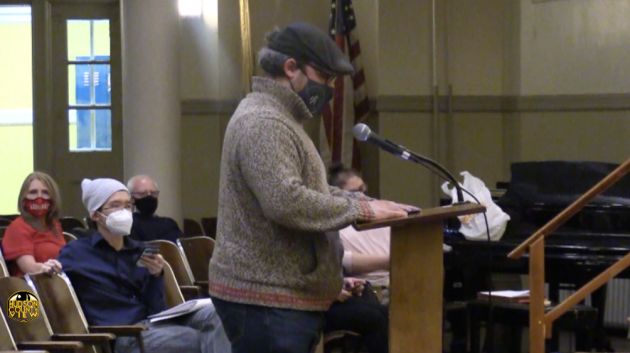 The Hoboken Board of Education (BOE) is pushing the same “plan” for a $330million sports center with a school attached as the one rejected by the voters this January and the BOE ‘survey’ on “community feedback” is proof.

The survey, viewable here until March 15, is structured more akin to a push poll than an honest solicitation of the public’s perspective.

It pretends that the project cost was only $240million but a plethora of questions in the survey also betray the BOE’s hidden agenda – namely, that they are continuing to push much the same plan because they do not respect the results of the referendum.

The survey states in the introductory paragraph that the BOE “would like to gain community feedback regarding the referendum and proposed project.”

Yet, the reality is that the community has given its feedback by voting down the project in a 2 to 1 victory for commonsense. It is merely that the BOE doesn’t like the feedback they received and are seemingly committed to doubling down.

The BOE hid their plans for at least two years, only made the proposal public in late November, and voted for a late January referendum at a singular BOE meeting in December despite the majority of the public asking them not to do so.

They then organized propaganda meetings billed as “information sessions” which prohibited public input and took place during the holiday/winter season while many were afraid of Omicron.

Now, after the failure of their efforts to engineer their preferred outcome, the BOE is attempting to use the pretext of seeking community input as cover to build support for another bite at the apple.

The survey itself consists of 22 questions. Subtracting the six (creepy) “demographic” questions on whether respondents have school or adult age children, which ward they live in, are renters or owners, etc … (and as if all Hoboken voters don’t have the right to vote in a BOE referendum), there remain 16.

Of those 16, over one third (6) of the content questions are about the non-academic aspects of the already rejected proposal. In two questions the answer section is structured in a way suggesting the BOE can discard responses that do not conform to their narrative.

Of course, there is no new plan as the BOE’s only proposal was struck down in January.

But it is important to note that any email rightfully complaining how the BOE engaged a purposefully opaque “process” for an outsized, overly priced, and unneeded project will likely not find itself into the ‘survey’ summary data set.

There is one additional blatant propaganda paragraph stating that, “the District’s plan includes a variety of recreational facilities that would be accessible to the Hoboken community,” and that “these facilities will be accessible in the evenings, on the weekends, during school breaks and throughout the summer.”

Despite the obvious problem with their repeated falsehood that there is a plan for these amenities (the voters already said no), during the run-up to the January referendum the BOE made clear that access to amenities would prioritize corporate rental followed by organized leagues (through the recreation department) and leave little to no time for open community access.

Currently, the BOE has a pool in the existing high school which the public has little to no access to (except during limited summers hours when the BOE decides to permit it).

The BOE has learned nothing from the referendum and is clearly attempting to pretend their rejected proposal is still viable. They use present tense language indicating they plan to plow ahead with the same plan.

Once again, the BOE has shown how disingenuous they are. They violated the public trust by keeping their plans secret from the community (except for certain city council members and other insiders) for years.

They broke their oaths as elected officials by using taxpayer supported resources to push vote yes during the run-up to the referendum despite state law prohibiting BOE Trustees from doing so.

They manipulated statistics in their flip book (caught by former BOE Trustee Maureen Sullivan) to manufacture a non-existent enrollment increase.

They continue to pretend that there is a need for a new high school even though the current high school is two thirds empty.

They said nothing when BOE employees, such as Hoboken High School Principal Piccapietra and Christopher Munoz (Bayonne BOE Trustee and Hoboken Education Association First Vice President), accused those who disagreed with them of speaking negatively of students, which no one did.

They were silent when vote yes advocate Chris Clark attacked female vote no advocates as those who don’t “have any children, didn’t, not married, didn’t do IVF, didn’t adopt, doesn’t foster, doesn’t coach a team, but we’re going to listen to her on this nonsense?”

Now the BOE is using this ‘survey’, a de facto push poll, to try to see what sections of the Hoboken electorate may be most receptive to their renewed marketing campaign for their $330 million dollar bad idea.

They do not care that they lost the election, nor that elections do (and should) have consequences.

The Hoboken BOE is pretending they can ignore the results of the referendum and are attempting to push their rejected plan once more.