While the threat is not deemed to be credible, parents of North Bergen High School students were alerted that a “vague threat” was written on a bathroom wall and officials are taking the necessary precautions. 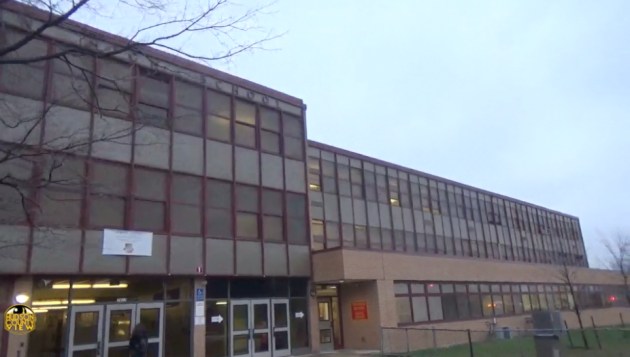 “Good evening, this is Mr. Tennaro, principal of North Bergen High School, to advise parents of a vague threat made to our school, written on a bathroom wall, to take place on Monday, March 5th,” NBHS Principal Paschal Tennaro said in a recorded message sent Friday night.

“While we do not feel it is a credible threat, it is important that you became aware. If you have any information concerning this threat, call me or the North Bergen Police Department. The North Bergen Board of Education and North Bergen police will take any protective action necessary for the safety of your child.”

This afternoon, Police Chief Bob Dowd explained that there was nothing specific in the threat to lead authorities to believe it was credible, but in light of recent national tragedies, the department and school district are still taking it seriously.

“We’re going to have an increased police presence tomorrow and work with school officials, I train school officials regarding enhanced security measures every year,” Dowd said over the phone.

“They’ll be taking proactive steps such as using handheld metal detectors, among many others, in the best interests of the safety of the children in the school. The main goal is to have a safe school day, like always: we’re just there to provide a safe learning environment for the faculty and students.”

Dowd further stated that the incident remains under investigation so he did not want to release any further information, though he did clarify that it was not a bomb threat.

In a statement, Superintendent of Schools Dr. George Solter mostly echoed what Dowd said, adding that parents who have any questions can reach him at 201-868-1000 or email him gsolter@northbergen.k12.nj.us, committing to “make every effort to respond.”

Sources, who spoke under the condition of anonymity since they were not authorized to speak on the matter, said the message in question involved a gun threat.

Tennaro’s message left for NBHS parents can be heard here.