David Cohen, Esquire, founder of Cohen Abuse Analytics Law, LLC, is one of the most accomplished nursing home attorneys in the region. Starting in 1998, Cohen built what became the largest nursing home litigation practice in New Jersey. Sponsored content.Â 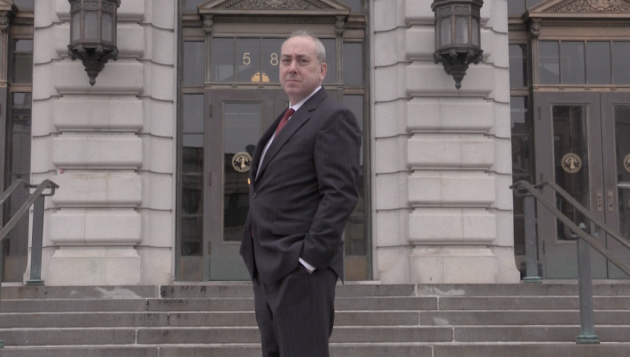 Sharing the knowledge he acquired and the many techniques that he pioneered, Cohen has written and lectured extensively to both young and seasoned attorneys on the subtler aspects of this unique niche practice.

Having recently opened Cohen Abuse Analytics Law, LLC, Cohen explains his commitment to always â€œwork on one case at a time,â€ a commitment he takes very seriously.

Cohen explains: â€œBeyond being immensely important, these cases are extraordinarily complex and labor intensive. The only way to properly prosecute a nursing home claim is to dig deeply and repeatedly in a wide variety of documents beyond the medical record itself.”

“These include cost reports (basically, the budgets of the facilities), surveys, licensure files and multiple additional sources of vital information.â€

In the end, Cohen maintains that â€œthese cases are not just about WHAT the catastrophic injuries suffered by these vulnerable consumers were, but WHY the poor treatment occurred which lead to those injuries. The answer to this is always the same: Follow the money.”

“The worst of the worst nursing homes value profits over the welfare of their residents. By proving that greed is the ultimate cause of these injuries, juries are responsive and can help effectuate change.â€

Cohen was co-counsel for the largest nursing home verdict in New Jersey history.

The case was Dwyer v. Harbor View, in Jersey City. The case was tried over the course of seven weeks, with Cohen taking up residence at Jersey City hotels throughout its course.

The claims are also prosecuted against assisted living facilities and group homes.

A Rutgers law graduate, Cohen has spoken in 16 different states and abroad as a leading
expert in institutional healthcare and abuse litigation.

He is a published author in textbooks, journals and a multitude of newspapers on the subject of nursing home abuse.

Many of his articles and two extensive instructional videos can be found on his website: cohenabuseanalytics.com.

Cohenâ€™s record of commitment and integrity spans over three decades.

Secretly working with the U.S. Department of Justice back in the early 2,000â€™s, leading to the 2005 lawsuit filed by the United States in the case of United States vs. Mercer County, Cohen was instrumental in providing the government with all of the vital information he uncovered in his own cases against that facility that were needed for the case to be prosecuted.

A copy of the lawsuit itself can be seen here.

This case remains the only instance where the federal government brought a Civil Rights of Institutional Persons claim against a New Jersey nursing home.

As the prosecution ensued, Cohen worked with the DOJ and other federal investigators to uncover deplorable conditions that existed at the Mercer County Geriatric Center.

This led to significant oversight of the facility and resulted in dramatically improved care for residents.

Arguably the most valuable part of Cohenâ€™s work comes through educating
attorneys on nursing home litigation. Since 1999, he has lead seminars, on both the local and national level, providing attorney instruction in this highly complex area of law.

Cohen has a proven track record of unveiling corporate malfeasance, short staffing, falsification of records and redirection of taxpayer dollars from patient care into fraudulent shell corporations â€“ all leading to catastrophic injuries by our most vulnerable citizens.

Should you or a loved one be in need of legal counsel as a consequence of nursing home abuse or neglect, Cohen Abuse Analytics Law, LLC provides free analytic consultations for consumers.

3 deer spotted near 74th Street and Boulevard East in North...

Hours before the Super Bowl, Guttenberg officials settled some scores on...