North Hudson Sewerage Authority Commissioner and Hoboken Democratic Committee Sergeant-at-Arms Kurt Gardiner has announced he will be running for councilman-at-large this fall. 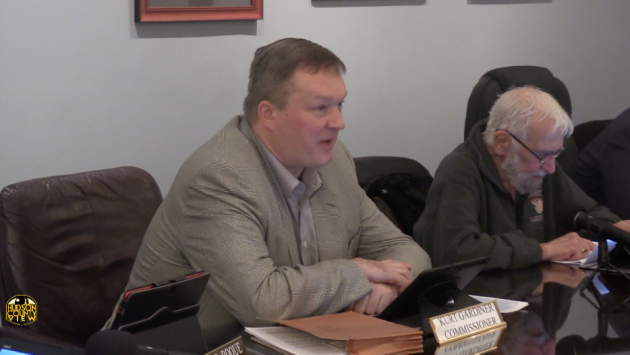 “Exciting morning in Hoboken. I just picked up petitions for City Council at Large for Hoboken’s Municipal Elections this Fall. I plan to run as an independent,” Gardiner wrote on his Facebook page this morning.

“I pledge to run on an issues based campaign and fiscal stewardship will be a major area of focus. It is my hope that Hoboken never again enter into a PILOT agreement like the 7th and Jackson Street PILOT. It will give us amenities but at a very steep price to the everyday Hoboken taxpayer.”

Gardiner added that he plans to continue sitting on the NHSA if he wins the council seat, advocating for infrastructure improvements in Hoboken in both instances.

He also said that although he plans to run as an independent, he will endorse a mayoral candidate before the end of the summer. He concluded that he has no intention of being a spoiler and will withdraw from the race if he feels he is ultimately not a viable candidate.

With most of the attention around the Hoboken mayoral race, there has been little talk about who will be seeking the three council-at-large seats.

Incumbent Ravi Bhalla is running for mayor with the endorsement of Dawn Zimmer, while James Doyle and David Mello are expected to seek re-election but have not joined a ticket yet.

Meanwhile, business owner Michael Flett has been announced as the first council candidate on 1st Ward Councilman Mike DeFusco’s ticket, but none of the other six declared mayoral candidates have announced any of their running mates.

Republican State Committeeman Joshua Sotomayor-Einstein is the only other person who has also announced his intention to run as an independent council candidate.

The non-partisan Hoboken municipal elections are on November 7th.

2017 General Election: The biggest winners and losers in Hudson County