The New Jersey Assembly unanimously approved (79-0) a bill sponsored by Nick Chiaravalloti (D-31) that would require the state attorney general to report all bias intimidation offenses to the FBI. 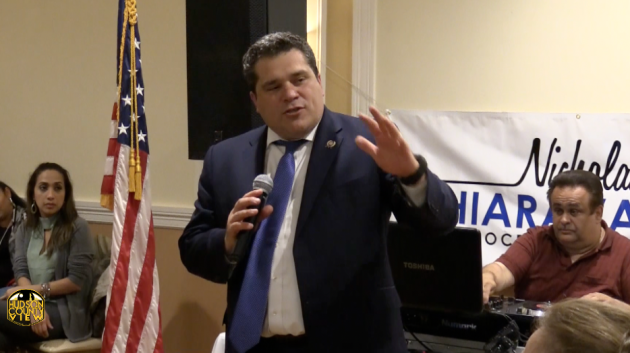 Bill A-863, also sponsored by Assembly members Gordon Johnson (D-37) and Carol Murphy (D-7), would require the New Jersey Attorney General to report bias intimidation offenses to the FBI for inclusion in their annual report on hate crimes.

Under current New Jersey law, a person is guilty of a bias intimidation crime if they commit, attempt to commit, conspire with another to commit, or threaten the immediate commission of an offense intended to intimidate an individual or group of individuals because of race, color, religion, gender, disability, sexual orientation, gender identity or expression, national origin, or ethnicity.

â€œBy requiring the Attorney General to add bias intimidation statistics to those currently reported to the FBI, this bill simply seeks to expand the pool of data available for analysis,” Chiaravalloti said in a statement.

Murphy added that the legislation would help address a national problem on the state level.

“The number of crimes motivated by bias and hate all across the country are vastly under-reported, especially when it comes to the targeting of people within the disabled and LGBTQ communities,” she said.

“Providing this additional data to the FBI would ensure New Jersey does its due diligence to help understand the true scope of the problem at the national level.â€