The Middlesex County Prosecutor’s Office has come to the same conclusion as their counterparts in Hudson County, declining to file charges against Al Alvarez after Katie Brennan accused him of raping her back in April 2017.

The MCPO cited “a lack of credible evidence and corroboration that a crime committed” as their reasoning for closing the case, as NJ Advance Media first reported.

Citing conflict of interest statutes, New Jersey Attorney General Gurbir Grewal moved the case out of Hudson County “out of an abundance of caution” and the state Office of Public Integrity and Accountability later decided that Hudson County Prosecutor Esther Suarez acted appropriately.

Minutes after the MCPO decision was announced, Suarez said that this conclusion should close the door on any notion that she tried to interfere with the investigation.

“In 2015, I was sworn in as the first female Prosecutor in the history of Hudson County. We at the HCPO hold sacred the protection of victims and victims’ rights. However, our pursuit of justice for victims of crimes must be balanced with our sworn duty to uphold the Constitution and the bedrocks of our criminal justice system, including the presumption of innocence and the necessity of proof beyond a reasonable doubt.”

While the latest news in the ongoing controversy surrounding Alvarez, a former top official as the New Jersey School Development Agency, and Brennan, the chief of staff at the New Jersey Housing and Mortgage Finance Agency, Suarez is likely to still face scrutiny.

A special committee of state legislators investigating Alvarez’s hiring has requested emails from Suarez that would allegedly show communications about the situation prior to The Wall Street Journal running her explosive allegations in October.

Around that time, HCV filed an Open Public Records Act request for a copy of any police reports pertaining to Brennan’s case, but the MCPO denied the request since the records were part of a criminal investigation. 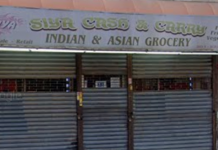 Official: Gunshot victim walks to hospital after being shot in Jersey...