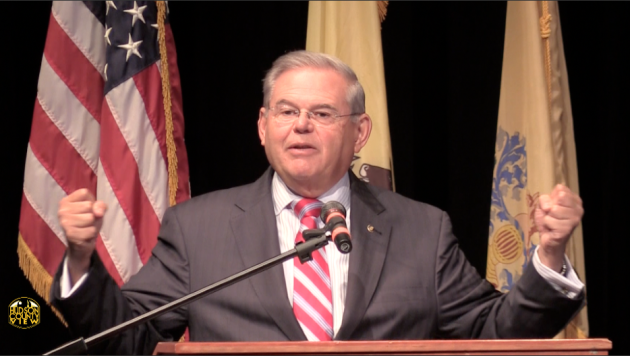 “Our nation paid a heavy price for the lies President Trump spread so freely. Seven people lost their lives, including a Capitol Police officer from New Jersey; scores suffered serious injuries and many will carry unseen scars with them for years,” Menendez, the chair of the Senate Foreign Relations Committee, said in a statement.

“We also learned that the president’s mob came perilously close to harming Vice President Pence and his family and members of the House and Senate, and that extraordinary heroism by law enforcement prevented more tragedy.”

The U.S. Senate’s impeachment trial began on Tuesday and ended about an hour ago, with the 57-43 vote effectively acquitting Trump for the second time.

While seven Republican senators voted with the Democratic majority, they would have needed 10 more votes from the other side of the aisle for the impeachment to be successful

Trump, the only president to be impeached by the House of Representatives twice, beat abuse of power and obstruction of Congress charges back about a year ago.

“The House impeachment managers also made abundantly clear that President Trump could have quickly acted to save lives and defend the Capitol, but instead spent hours basking in the chaos unfolding in his name,” Menendez continued.

“I cannot think of any higher betrayal of our Constitution and dereliction of duty by a Commander-in-Chief than refusing to act to save American lives … To vote for conviction and disqualification from serving should not have been a difficult decision for any member of the Senate, of any party.”

Trump’s legal defense team argued that the Senate did not have jurisdiction to judge a former president’s actions after he left office, also contending that Democrats had glorified violent acts that occurred during actions by Black Lives Matter groups.

Menendez was certainly not moved by this strategy and said Republicans failure to convict Trump could have longstanding implications for years to come.

“In private, they complain about feeling trapped by President Trump’s poisonous grip on the Republican Party and yet refused to free themselves by voting to bar him from running for future office,” he continued.

“This is pure political cowardice and I fear their refusal to hold Donald Trump accountable will have lasting negative and even dangerous consequences for the future of our country.”

Franco, DeMarco engage in war of words over $24 million budget...