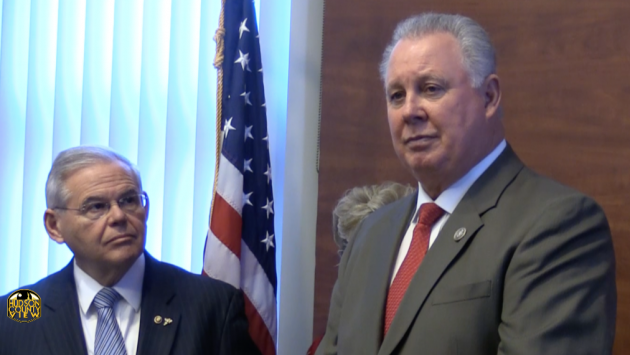 “I am dismayed to learn the Biden administration will begin authorizing group travel to Cuba through visits akin to tourism. To be clear, those who still believe that increasing travel will breed democracy in Cuba are simply in a state of denial. For decades, the world has been traveling to Cuba and nothing has changed,” Menendez, the chair of the Senate Foreign Relations Committee, said in a statement.

“For years, the United States foolishly eased travel restrictions arguing millions of American dollars would bring about freedom and nothing changed. And as I warned then, the regime ultimately laughed off any promises of loosening its iron grip on the Cuban people and we ended up helping fund the machinery behind their continued oppression.”

Reversing travel restrictions imposed during President Donald Trump’s (R) tenure, the changes include an expansion of flights to the country and the restarting of a family reunification program, as the New York Times reported.

“I am pleased, however, that the Biden administration will maintain the State Department’s Cuba Restricted List. Just like we have seen in Putin’s Russia, the Díaz-Canel regime is also using his stranglehold on power to perpetuate the rise of a new class of oligarchs with ties to the Cuban military and the United States must take significant steps to push for the demilitarization of the Cuban economy,” Menendez added.

“I also welcome news that the administration is restarting the Cuban Family Reunification Parole program, an overdue step to strengthen the ties between Cuban families on the island and in the United States.”

Sires, who is retiring after eight terms at the end of this year and is expected to be replaced by Menendez’s son, Rob Menendez, said that while he has appreciated Biden’s support for the Cuban people, he disagrees with his decision here.

“However, I was disheartened to learn that the Biden administration will be paring back regulations on group travel to Cuba. I have long opposed measures that will create revenue for the Diaz-Canel regime without political concessions. Before we consider easing restrictions on travel and business operations in Cuba, we must demand that the regime free its political prisoners, cease its surveillance activities, and introduce reforms that create space for free press, assembly, and expression, especially online,” he explained in his own statement.

“Additionally, while I recognize the important role of remittances for many families, I am concerned that lifting the current cap will disproportionately benefit the regime rather than the Cuban people. The administration must proceed carefully to ensure it is not financing the violation of human rights, as much of the Cuban economy remains under the control of the regime and the military.”

Like Menendez, he added that he was pleased to hear the Cuban Family Reunification Parole program would be reinstated.