A man has been hospitalized and a building has been evacuated after a garbage truck crashed into a West New York building early this morning, according to town spokesman Pablo Fonseca.Â

According to Fonseca, an Accelerated Waste Systems garbage truck was traveling west on 60th Street when the vehicle sideswiped two cars, took out a tree, and crashed into the Green Leaf Fresh Market near the intersection of 60th Street and Buchanan Place at about 1:50 a.m.

The multi-use building was evacuated by West New York police, while North Hudson Regional Fire & Rescue was also deployed to the scene of the accident, Fonseca said, noting that he was unsure how many residents have been displaced at this time.

One of the drivers in a vehicle struck by the garbage truck needed North Hudson Regional Fire & Rescue to remove him from his vehicle before he was transported to Palisades Medical Center, Fonseca added, further stating that the severity of his injuries were not immediately available.

West New York’s Office of Emergency Management Coordinator Louis Cannao and Construction Official Tom O’Malley were also on the scene, and Green Leaf Fresh Market remains closed as of this morning, according to Fonseca.

Maximilia Claros, the Accelerated Waste Systems – which has an office in Secaucus – garbage truck driver admitted to police that he fell asleep at the wheel, and as a result, has been charged with reckless driving. 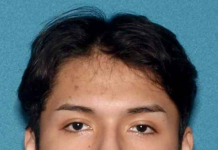