In a letter to the editor, Bayonne resident Peter Franco, a vocal critic of the Mayor Jimmy Davis administration, says that tax abatements are creating a heavy burden for the city’s public school district. In a district underfunded by the state formula, local property taxes are the key source of funding for our public schools. In our city, property tax revenue make up about 55% of the Bayonne Board of Education budget.

Our municipal government is responsible for collecting property taxes; however, they also have the unique power to exempt a developer from paying these taxes as an enticement to redevelop property.

While these abatements can be beneficial for our city to increase revenue, they adversely shift the conditional financial burden from the municipal budget to the education budget. I would argue that if our city is not careful, it may end up undermining the future prosperity of Bayonne.

When our city officials grant tax abatements, the school budget often bears the brunt of the city’s generosity, with very little input and without a vote from school board or local citizens.

Now this developer has a grand idea for an apartment complex, that will eventually better his rate of return on his investment as well as increase the amount of tax dollars the city can collect.

In that example, there were 5 one-family homes. How many children in those homes would you suggest attended our public schools? Let say for the sake of argument the ratio was one student per household (totaling 5 students).

Now remember the developer demolished those one-family homes, we now have a 50-unit apartment complex. Let’s apply the same numbers; we would now have 50 students.

Not only are the schools conditionally losing out on their share of the tax revenue thru the abatement but the city and developer have now driven up the cost burden on the BOE by increasing the number of students by 10 times the amount.

So now that we have an overview of the process based on the above example, let’s look at some specific abatements for residential redevelopment in Bayonne. We have Resnicks, M&M’s, North Street, 5th And Broadway, 14th and Broadway, and the Texaco property.

These are all properties that were paying property taxes. Whether or not the administration wants to accept responsibility for the abatements they issued related to the Military Ocean Terminal (which originated under Mayor Doria), we simply cannot ignore their potential impact on education.

While these properties on the MOT weren’t paying into the school system to begin with (previously owned by the city) we must recognize that these redevelopments will create an increase to the student population.

While the terms of the above abatements vary there’s no denying that school board will be faced with a massive challenge immediately.

So how does our school board deal with this? Well the short answer is to raise taxes. However, our governor has capped property taxes at a 2% annual increase.

Barring exemptions of the law such as a rise in healthcare cost and or the rise of utilities (formula), if a 2% increase does not cover the loss in tax revenue and the increased cost associated with an influx of students, the board would be left with minimal options.

It would be illogical to cut teachers while the population of students grow. The board can cut expenses and some support staff but the state has restrictions and guidelines in place to maintain a minimum number.

With their hands tied, eventually the board will have no choice but to start cutting vital school programs such as extracurriculars like music and art, and after school activities.

I understand the intent of these abatements is to increase reoccurring revenue to eat away at a deficit and climb out of debt to eventually stabilize taxes.

I recognize the secondary goal of residential revitalization; to attract a more affluent group of new residents and as a result raise the median household income to both support business we have and attract more business.

However, when families evaluate an area the most important quality of life issue they consider is the condition of local schools. If we continue to burden our public schools, we will have created conditions undesirable and unappealing to the very people we are trying to attract to our city.

I would not suggest a moratorium on abatements for residential redevelopment just yet. However, I would like to see a liaison between the municipal council and the school board of trustees.

This would ensure that our city is not ignoring the fundamental importance of public education or overburdening an already underfunded school system that would ultimately undermine the future prosperity of Bayonne. 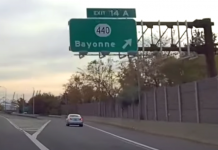 Nadrowski: ‘Bayonne needs to lead the conversation’ on $4.7B N.J. Turnpike extension plan 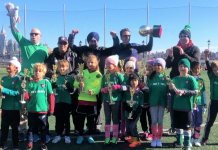