In a letter to the editor, retired Jersey City teacher Bob Cecchini says that Board of Education Trustee Matt Schapiro was wrong in his recent description of the school district’s woes, pointing the finger at him and former Superintendent of Schools Dr. Marcia Lyles. 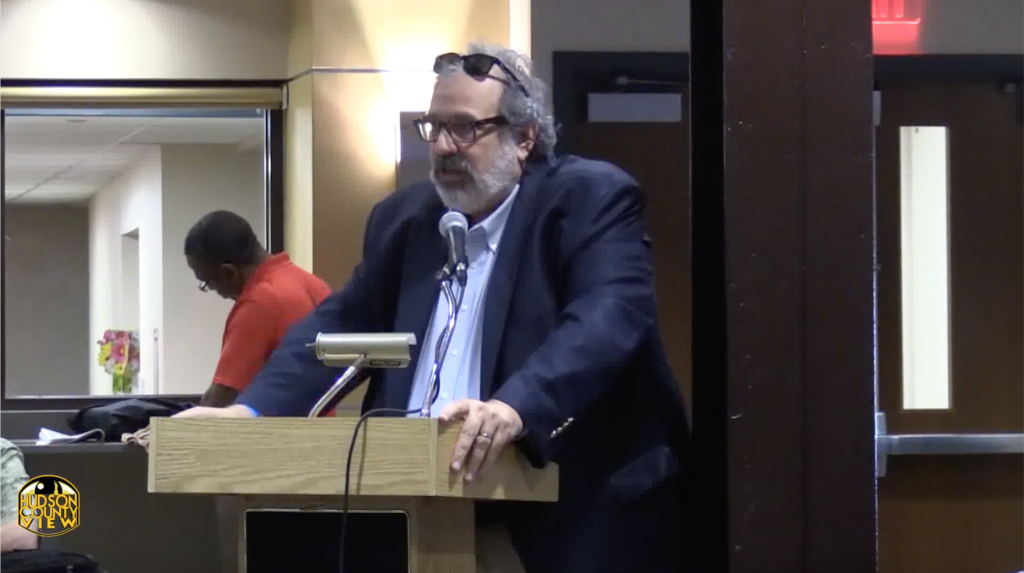 The letter to the editor penned by Mr. Matt Schapiro is one of the most hypocritical articles I have ever read.

Mr. Schapiro, who plays word games during board meetings is critical of the current board. This board was left with a $70 million dollar deficit created by Mr. Schapiro, the state monitor and Dr. Lyles.

The mismanagement, overspending and lack of direction presided over by Mr. Schapiro and his cohorts is being uncovered by a comprehensive audit.

Hopefully the full and complete audit will discover the massive inefficiencies and fraud perpetrated on the taxpayers of Jersey City.

Mr. Schapiro had no problem meeting in secret with. the state monitor, board members and politicians to â€œselectâ€ Dr. Lyles in a most unscrupulous manner.

They had little difficulty in removing Dr. Epps and paying out his contract, but again cry over the same terms proposed and settled with Dr. Lyles.

As a union director, executive board member and former vice president of the JCEA, I have seen many inept school board members but none as incompetent as Mr. Schapiro.

His constant interruptions, rude behavior and lack of judgement is pathetic to watch. He watched over the dismantling of programs, the creation of a huge deficit and the total disregard for the staff and community in our schools.

His poor display of common courtesy when he refused to shake the hand of Mr. Thomas upon his election as board president was seen by student representatives on the board in the audience and those viewing the meeting online.

It was a disgraceful act that sets a poor example for our youth.

The current board, not dominated by politics and cronyism, is on a task to correct the horrible mismanagement and neglect under the direction of Dr. Lyles, the highly skilled state monitor, Ms. Coyle AND Mr. Schapiro.

Under their careful watch, the board budget was left with a 70 million dollar deficit, a lack of programs and no direction. Sadly, Mr. Schapiro continues to point fingers, harass other board members and those in attendance and behaves like a petulant child.

I call for the immediate resignation of Mr. Schapiro for his complicity in the creation of this gigantic deficit and for his general lack of understanding and knowledge of board procedures and protocol.

Mr. Schapiro likes to taunt and instigate at meetings or play his word games as he watched the district go further and further into debt.

In closing, itâ€™s safe to say that Mr. Shapiro has been an abject failure as a board member. The current board under the direction of Mr. Thomas is on its way to correct the problems created by the administration of a flawed and incompetent former administration.

The reign of terror overseen by Dr. Lyles, Ms. Coyle and Mr. Schapiro has ended. Morale is being restored to a district staff that was disrespected for six years.

Hopefully, with the resignation of Mr. Shapiro, the students can achieve in a safe environment.

The parents and the community who were ignored and felt isolated can once again have faith in the Jersey City schools.