In a letter to the editor, Larry Wainstein, a longtime rival of North Bergen Mayor Nick Sacco, asks “how could anyone defend cheating?” regarding the numerous appeals related to the Bruins’ 2011 football title.Â Dear Editor, How could anyone defend cheating? According to a news story on Hudson County View Juan P. Escobar, a spokesperson for Mayor Nicholas Sacco, defended the spending of $47,000 by the Board of Education to appeal the decision of the State Athletic Commission to take the title from the North Bergen football team because of cheating by the coach.

I find this unbelievable and apprehensible. As the spokesperson for the mayor, what Mr. Escobar is saying is that the mayor of North Bergen defends the cheating that resulted not only in the title being taken away from the North Bergen football team, but placing the team on two years probation.

When the football coach cheated, he hurt the players, brought shame to the township and also set the wrong example for the players who were deprived of the title, as well as all the students of North Bergen.

What the board of education did in spending taxpayer money to defend cheating brought more shame to the township. Mr. Escobar, I understand that you are part of this political machine that exists in the township, but donâ€™t you think this is the wrong lesson to teach our young people. Or, do you just not care?

Editor’s Note:Â Escobar said, in part, “theÂ hard work and determination those young men displayed was worth standing up for,” to explain why the North Bergen BOE engaged in multiple appeals. Additionally, he never usedÂ the word “cheating” to describe Coach Ascolese’s actions.Â 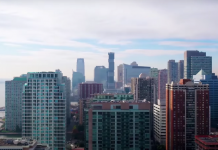 O’Dea: County should purchase 500k face masks & distribute them to...