In a letter to the editor, a volunteer for the Parents United Hoboken Board of Education team says that change on the board is long overdue. The character assassinations that is Hoboken politics as usual needs to end. The slandering of candidates and implications of alleged guilt by association are beneath those making these accusations and the voting public.

Neither election should involve bullying nor attempts at delegitimization; Hoboken deserves a factually based debate of ideas.

The tortured connections partisans of Forward Together (the status quo board majority slate) have drawn between Parents United (the fresh faced slate of reformers) and past political actors are a sad parlor trick designed to distract the public from actual issues facing the Hoboken public schools.

On the board majorities watch, and by their doing, taxes have gone up and scores have gone down.

Forward Together candidates and extremist partisans may impugn the Parents United team for having an executive with a special needs child, a real-estate agent with twins, and a dedicated public school teacher with a family of his own; but despite Parents United being unable to jump through the ever changing hoops Forward Together seemingly requires for the right to have an opinion, the fact is the board majority has failed.

Even in the pro-status quo camp there is dissent. Though Mayor Zimmer is backing them, she has publicly stated she is against the contemptuous lawsuit supported by Forward Together against the HoLa dual language school.

The lawsuit by the board majority against one of Hoboken’s public charter schools is demonstrable evidence of a derisive and divisive attitude towards involved parents for making a choice Forward Together apparently disagrees with.

It is another distraction focused tactic designed to pit fellow members of the community against each other and ensure a mobilized base of voters that are fed the line that if not for charter schools the board majority would be doing a better job at improving education.

The time for excuse making, childish and immature name calling, and the Forward Together school board majority is over.

It is time for the new blood that is Parents United so that the students of Hobokenâ€™s district schools have a better opportunity at a bright future. Vote 3-6-5. 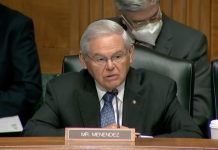 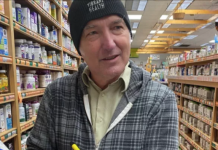 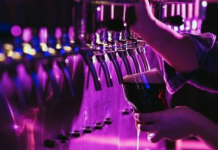