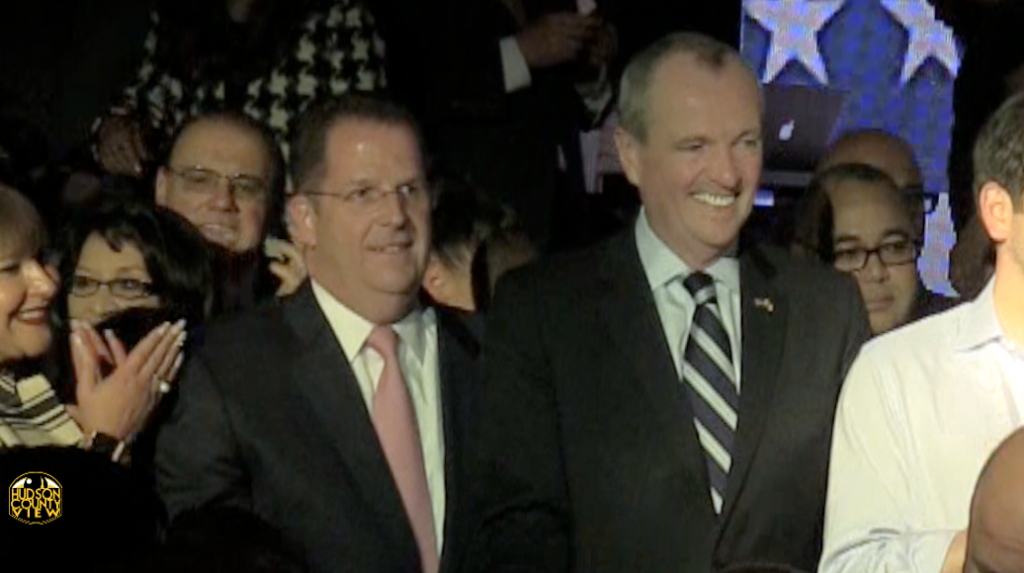 â€œWe respect our legislative leaders and the process through which they will evaluate our options for a balanced budget,â€ the trio of Hudson Dems said in a prepared statement.

â€œIn that process, we are supportive of Governor Murphyâ€™s proposal for a millionaireâ€™s tax in this yearâ€™s budget, and we thank him for his commitment to working families in New Jersey.â€

Their announcement comes hours after Hudson County Executive Tom DeGise announced his support for Murphy’s proposal, which would increase the annual tax levy those who earn over a million dollars from 8.97 percent to 10.75 percent.

Furthermore, their support was fairly expected given that Murphy made the trek to Union City, where Stack also serves as mayor, for a block party that took place on the same day as the Hudson County Democratic Organization’s spring gala due to a weather-related postponement.

State Senate President Steve Sweeney (D-3), a rival of Murphy’s, and Assembly Speaker Craig Coughlin (D-19), who has mostly kept a neutral stance with the governor, have both come out against the millionaire’s tax.

Murphy has already said that if the millionaire’s tax is not a part of the 2019-2020 budget, which needs to be approved by July 1st, he will likely veto the $38.6 billion spending plan.

In that scenario, it is likely that New Jerseyans would have to endure another government shutdown until a compromise can be reached.

In his eight years as governor, Chris Christie (R) saw five different versions of the millionaire’s tax hit his desk and he vetoed all of them.