A Bayonne school counselor says in a lawsuit she wasn’t promoted due to political animus that board trustees and other officials have against her father, ex-board of education business administrator Leo Smith, and her uncle – former Mayor Mark Smith.

According to the suit, filed in Hudson County Superior Court on September 26th, Tara Furmaniak, a school counselor and former Woodrow Wilson School assistant principal, says she applied for a new assistant principal post in August.

She alleges that at least two board trustees, one who narrowly defeated her father in last year’s BOE contest and another running against him this year, said outright that they opposed her nomination because of who she is related to.

“At the August 20, 2019 meeting, Defendants, [Denis] Wilbeck and [Ava] Finnerty, took exception to Plaintiff being nominated and declared words to the effect that ‘she was Leoâ€™s daughter,’ ‘part of the Smith Family,’ and ‘we donâ€™t want her.’â€

“Said response was clearly referencing former Business Administrator and political opponents, Leo Smith and Mark Smith. Wilbeck and Finnerty took action against Plaintiff because of her ‘intimate association’ with her father and uncle.”

Finnerty bested Leo Smith, a favorite in this year’s 14 candidate field, by just 33 votes in 2018 and the result stood even after a recount.

Meanwhile, Wilbeck, the vice president of the board, is seeking re-election on November 5th.

Superintendent of Schools John Niesz, who nominated Furmaniak to the new post according to the suit, is also named in the litigation since he “failed to assert his authority” to the board by emphasizing that she was fair more qualified than the only other applicant.

The suit also alleges that Furmaniak was demoted to school counsel in 2017, causing her a reduction in salary of $65,000, the same year she was passed over for the position of dean of students.

Through her attorney Robert Woodruff, she also alleges she was passed over for an opportunity to interview for an interim/acting assistant principal job in the winter of 2018.

As a result of the allegations outlined in the suit, Furmaniak is seeking compensatory and exemplary damages, pain and suffering, emotional distress, punitive damages, attorneysâ€™ fees and costs and such other and further relief as the court may deem just and equitable.

Woodruff declined to comment beyond what was said in the suit, while Board President Joe Broderick did not return a call seeking comment this morning. 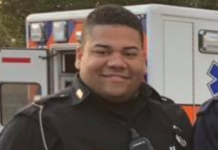