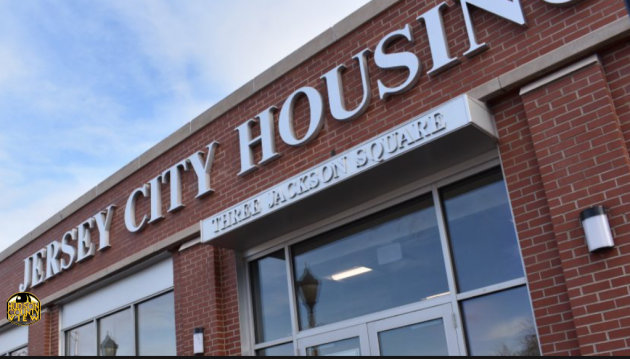 The 2nd Jackson Square building, on the corner of MLK Drive and Orient Avenue, will house the city’s new division of affordable housing that will specifically serve residents seeking help with housing issues, landlord-tenant issues, or residents who are seeking affordable housing.

“We have to recognize that most residents don’t know” where to go for housing-related issues, Mayor Steve Fulop said at the press conference.

“They don’t know how to navigate all of the different offices and how to solve the problem. This office will be one central location that will solve anybody’s issues: if you have a housing authority issue, if you have a bad landlord that you want to report, if you’re looking for affordable housing in the city — you’re going to come to this location and they will be able to help you.”

Just across the street, officials also unveiled an interesting venture called the “container village,” an unused lot with shipping containers where small business owners can convert the containers, at no cost, into their own personal retail or art hub to market and sell their goods or services.

The announcements represent a continuation of the city’s investment into the Bergen-Lafayette section, part of a $188 million project to spur economic development and revitalize the area, which has had problems with gun violence.

The public investment began with the City Hall annex at the Hub shopping center, where employees with the offices of diversity, compliance, veteran’s affairs and others now work out of.

On the same street, plans are underway for a new 11-story public safety headquarters that, when completed, will house the police and fire departments.

Officials said they expect roughly 1,500 city employees to use the buildings when the project is fully built out.

“The city is actually putting their money where their mouth is,” said Ward F Councilman Jermaine Robinson.

“The city is actually doing what we’ve been saying we wanted to do to become the greatest mid sized city in the country… We are moving in the right direction.”

The overall goal is to bring city employees to the area as an “opportunity to be a catalyst to small businesses” in the area.

However, there are fears that the eventual development of the area will result in the pricing out of local residents.

Fulop said the city is prioritizing affordable housing as a way to prevent gentrification in developing neighborhoods.

A committee of the city council is currently drafting a new rent control ordinance that is expected to significantly bolster tenant protections in the city.

“We’re doing the best we can, the council is currently reviewing the rent control laws so we’re trying our best to focus on it,” he said.

“We certainly recognize that when you have this kind of money invested in an area things change, but we’re doing our best to protect the people that have made Jersey City special, and I think we’re doing a good job on it.”