Jersey City’s two police unions are holding up plans to introduce an ordinance that would ultimately lead to the creation of local civilian complaint review board, officials said at today’s council caucus meeting. 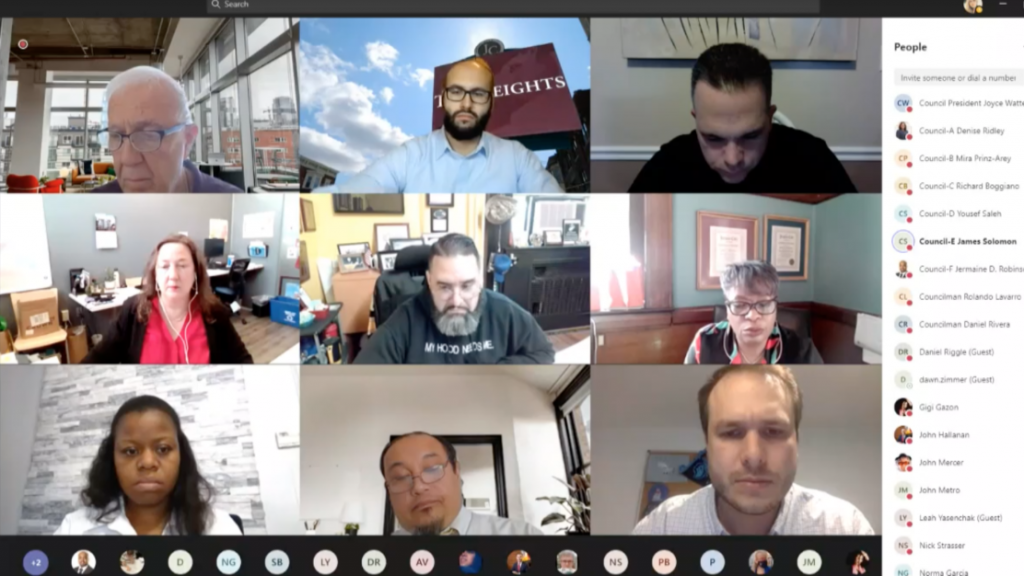 “Since the last time we spoke about CCRB at our council meeting, the city did receive a correspondence from the police unions’ attorney and our law department has prepared a response for that,” explained Ward A Councilwoman Denise Ridley, a co-sponsor of the measure along with Ward E Councilman James Solomon.

After initially coming up with separate proposals last year, the two colleagues were poised to introduce a compromise measure last month that would’ve included 11 board members – six chosen by the council – subpoena power, and a “trigger mechanism.”

However, it ended up being withdrawn and since then both Jersey City residents and beyond have expressed support for it, with the Assembly Community Development and Affairs Committee clearing Angela McKnight’s (D-31) CCRB bill last week.

Ridley addressed the matter today after recently indicating she thought the measure would be back on the agenda in March – something that is now no longer possible.

“There is certainly a colorable argument to be made that the terms of the CCRB need to be addressed and negotiated with the collective bargaining units prior to the final institution of the CCRB terms,” he began.

“Additionally, the proposed legislation that passed out of committee last week contained language that any of the terms must be consistent with any prior agreements – which would include those collective bargaining agreements.”

Ward C Councilman Rich Boggiano, a retired police detective, questioned why the ordinance would be moving forward prior to approval at the state level.

Baker said that while there is a possibility the U.S. Supreme Court will hear an amicus brief from Newark, which Jersey City has also signed onto, following a state Supreme Court ruling this summer, he doesn’t recommend waiting for that outcome since it will probably take months.

Ultimately, he said it’s up to the council on how they want to implement policy, though again stressed including collective bargaining units prior to reintroduction should be a top priority.

Ridley noted that at the assembly committee hearing that there wasn’t any dissension from any police unions, as well as indicating that McKnight has been in regular communication with them.

“The issue is just the meat of the ordinance. So, what I find is that everybody seems to be in agreement with what is going on currently at the state level and with the current state bill, there is just disagreement with whether we can kind of add more layers to that with our own board at this time,” she explained.

“So I am willing to move forward with doing an ordinance that basically mirrors the assemblywoman’s bill and says we are interested in creating a CCRB once it passes the state bill – with subpoena power because I believe that’s what the residents are looking for.”

After the meeting, Solomon told HCV that the law department unexpectedly reversed course on an opinion from last year.

“The law department originally advised us about six months ago that this ordinance didn’t trigger collective bargaining rights, but they’ve since changed their opinion and I’m not sure they’re right,” Solomon said after the meeting.

” … I’m continuing to move forward in conjunction with Councilwoman Ridley and Assemblywoman McKnight to find a path forward to a CCRB in Jersey City.”

As far as compromise goes, the leaders of JC POBA and PSOA seem clear that they aren’t going to change their tunes until the CCRB bill in Trenton becomes law.

“The introduction of legislation in Trenton is just one of many steps, and while it’s politically expedient to say you support Angela McKnight’s efforts, there’s little doubt that once her bill is scrutinized and debated it will undergo drastic changes.”

LETTER: Thank you for allowing me to represent you in the...