The Jersey City Planning Board unanimously approved (7-0) a cannabis zoning ordinance that would permit various businesses within the city limits, including consumption lounges, ruling out delivery company headquarters for now. 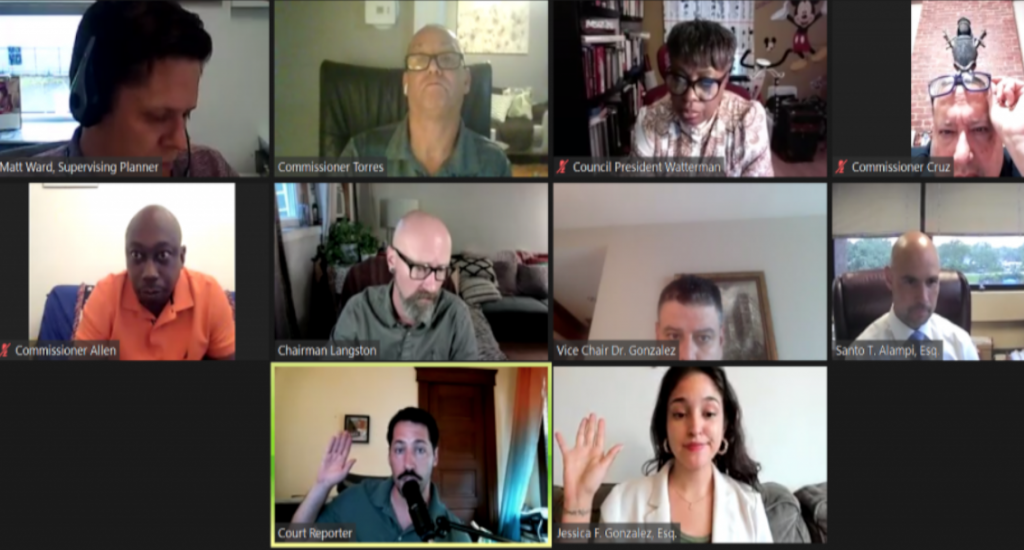 Gov. Phil Murphy (D) signed an adult-use cannabis legalization law in February, which says New Jersey municipalities have until August 21st to regulate cannabis to suit their needs, otherwise it is a blanket legalization by default.

The Jersey City Planning Board ordinance paves the way for cannabis cultivations, manufacturers, distributors, wholesalers, and dispensary businesses, as long as all facilities are kept 200 feet from a school.

Supervising Planner Matt Ward said that a Jersey City zoning officer will interpret what is entailed in a delivery company headquarters in terms of land use regulation at a future date, stating it’s “better to stay silent on those and see what happens.”

He also noted that the city council, as opposed to the planning board, is addressing cannabis licensing, taxation, and civil penalties. The council will review the matter on first reading on July 14th.

Additionally, Ward said they had spoken to many people on cannabis consumption lounges before they were added to the ordinance.

Atlantic City is the only other municipality in New Jersey open to permitting consumption lounges, which must be based at a dispensary.

“We broke out the conditions for those two different areas, indoor and outdoor,” Ward began.

An individual can only enter a lounge through the dispensary’s front door and lounges need to comply with ventilation regulations comparable to those imposed on cigar lounges.

Furthermore, outdoor lounges must be fenced in to be hidden from public view, while outdoor roof lounges need to have a 50 foot buffer from any window on an adjacent building.

“Consumption lounges are going to provide a safe space … Communities of color are disproportionately targeted by law enforcement,” she said, arguing that creating a safe space for consumption would lead to fewer interactions with the police.

“Will smoking or tobacco be allowed in any consumption areas?” Planning Board Chair Christopher Langston asked.

Gonzalez said she anticipates the NJ Cannabis Regulatory Commission (CRC) will not allow tobacco use. To that end, it was established in the state law that they will not allow food or alcohol in lounges, either.

She noted there are restrictions in New Jersey where public consumption is not allowed, unlike in New York.

“If you’re somebody renting an apartment, a landlord can prevent smoking,” she added.

Those living in Section 8 housing projects are also prohibited because the federal government does not recognize the state legalization of cannabis.

Ward said the floor amendments that were introduced sought to promote micro-businesses and social equity more.

The law allows micro-businesses within certain zones throughout the city and them to two per block in some cases.

“The onus is on an applicant to show they can deal with the impact of their establishment … We want to recognize existing business owners in the CBD space,” Ward added.

Businesses operating before the cannabis legalization bill was signed into law that sold hemp or CBD products would be allowed to use their locations to apply for an adult-use license and be rendered exempt from the 200 feet from a school rule.

Ward noted that they want to make the process conducive for micro-businesses “to give them a head start.”

Additionally, Mayor Steven Fulop and the city council will handle specifically which businesses will be allowed to operate in Jersey City, while the city’s commerce department would handle other details regarding cannabis licenses.

With those caveats in mind, site plan approval from the planning board for any cannabis facility will still be required.

“Will surrounding businesses be notified that a cannabis store will be coming into the area? What if they don’t want us there?,” Maatie Alcindor, a realtor, asked on behalf of Sweet Green Label.

Ward explained that businesses within 200 feet of the establishment will be notified, also pointing out that there would be hearings on allowing dispensaries in a neighborhood.

“Being a physician in this state, I have to be very careful with how I proceed. I’m sure as time goes on, there will be changes,” Planning Board Commissioner Dr. Orlando Gonzalez said.

“I feel there are a lot of legal questions to ask. It’s confusing,” added Planning Board Commissioner Edward Torres.

Council President Joyce Waterman, who also serves on the planning board, said this was just the first step and amendments are expected.

Despite a few mild concerns, the ordinance was approved unanimously after the planning board began discussing the matter at their previous meeting.

Fulop tweeted his approval shortly after the vote came down last night.

“7-0 passed planning board tonight setting local policy around Marijuana legalization in JC. In case you are wondering we will not be a city putting bans on this + actually the contrary – we are looking forward to working closely w/residents to nurture a new industry”

Hoboken is currently moving forward on at least retail cannabis businesses, while Union City is heading in the other direction, aiming to pass a blanket prohibition.