Although he’s a Democrat, Jersey City Mayor Steven Fulop says a presidential recount that would give Hillary Clinton a shot at defeating Republican Donald Trump would be a bad idea and the “wrong approach” for this country. 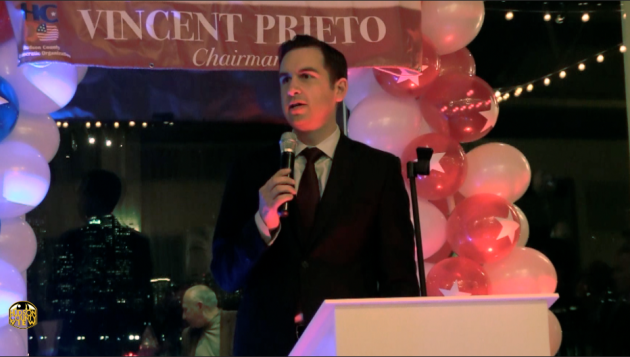 With the Clinton campaign announcing that they will participate in Green party presidential candidate Jill Stein’s recount efforts (h/t CNN) in the key swing states of Pennsylvania, Wisconsin and Michigan, Fulop decided to weigh in yesterday via a Tweet.

Not a @realDonaldTrump voter but reading abt recount+can’t help feel it’s bad for #usa +wrong approach. We should look 4ward not backward.

Stein, who notched just one percent of the popular vote nationwide and has raised $6.2 million for the recount, has admitted that the effort is unlikely to change the result of the November 8 election, but said it’s an appropriate measure to push for voting reforms (per CBS News).

In Wisconsin, where Trump bested Clinton by over 27,000 votes, the recount effort is scheduled to being on Thursday, according to The Wall Street Journal.

Trump, who has already called the recount effort a “scam,” made dozens of national headlines yesterday by claiming he would’ve won the popular vote definitely (he’s currently down by over two million votes) had millions of people not voted illegally.

In addition to winning the Electoral College in a landslide, I won the popular vote if you deduct the millions of people who voted illegally â€” Donald J. Trump (@realDonaldTrump) November 27, 2016

Trump provided no additional data to back up his claim, leading to backlash from the media, politicos and private citizens alike.

Fulop, who was a staunch support of Clinton (along with the rest of the Hudson County Democratic Organization) during the election cycle, did not immediately return an email seeking further comment.