The City of Jersey City has issued a state of emergency “closing most commercial businesses except food providers” five days after issuing a 10 p.m. curfew for bars and nightclubs as further efforts to prevent more cases of the coronavirus. 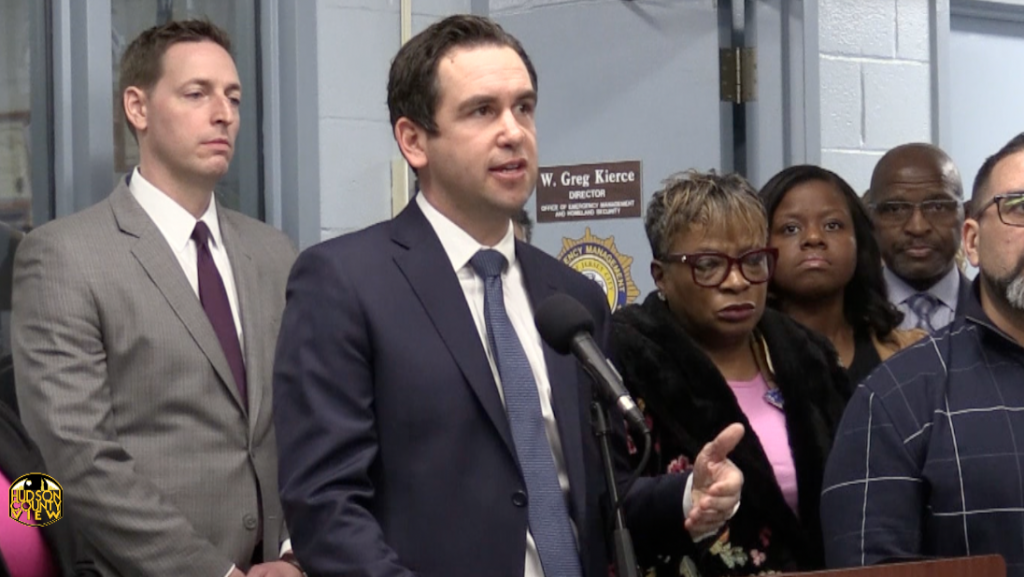 The executive order will be responsible for “closing most commercial businesses except food providers and trimming down the government workforce to minimal staffing levels,” city spokeswoman Kimberly Wallace-Scalcione said in a statement.

The local directive has few, but some, exceptions beyond food stores including pharmacies, “professional offices providing emergent client services” such as lawyers and accountants.

Restaurants will be allowed to remain open but only for takeout orders and deliveries.

Exempt from these restrictions are grocery stores, however, as previously reported, the and 9 a.m. to 11 a.m. hours are reserved for disabled, pregnant women, and senior residents, the order confirms.

The cityâ€™s school district, meanwhile, have been closed until further notice.

â€œWith the threat if this virus spreading throughout the state, I believe it is necessary to do whatever makes good health sense for the community at large, limit the opportunity for the virus to spread while still finding a balance for people to live their lives in a safe and healthy manner,â€ Fulop said in a statement.

The new order also reduces non-emergency governmental staffing levels, whereas non-essential employees will be allowed to stay home on a rotational basis and work from home.

The city has established a hotline for those who have been exposed where health officials can provide guidance at 201 547-5208.

There are currently 19 cases of COVID-19 confirmed in Hudson County, the New Jersey Department of Health announced this afternoon.

Jersey City announced their fourth and fifth coronavirus cases today and have not provided any details on those patients yet.

LETTER: Plea deal given to man who drove into Union City...