Jersey City Councilwoman-at-Large Amy DeGise was taken to court for unpaid bills at an MRI center and a medical lab during in 2016 and 2017, court records show. 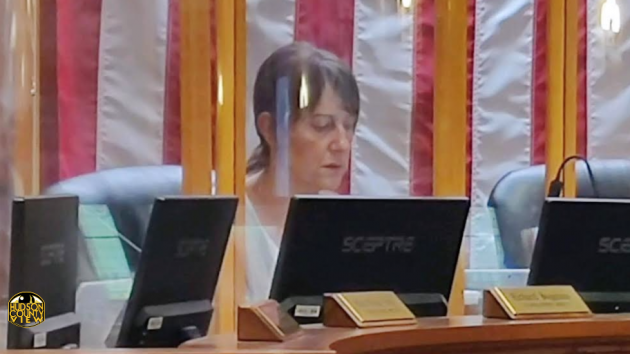 Jersey Advanced MRI & Diagnostic Center, located in North Bergen, filed a complaint in Hudson County Superior Court against DeGise via Denville-based attorney Michael Harrison on May 5th, 2016, according to a filing in the case.

The writ returned by the court on December 28th of the same year said the court collected $2,780.14.

DeGise was sworn into the Jersey City Board of Education about two weeks later, January 10th, 2017 to replace John Reichart, appointed by a vote of  5-1(2).

About four-and-a-half months later, on May 24th, 2017, United Medical Lab, based out of Mineola, New York, filed a complaint that said DeGise owed $1,838.16 for non-payment of services rendered, a copy of the complaint filed in Hudson County Superior Court shows.

Neither Harrison or Scheer could be reached for comment on Monday, while a spokesman for DeGise did not return a call or text message seeking comment.

This marks the second and third small claims incidents that have come to light since DeGise’s July 19th hit-and-run, the first being an unpaid $2,865 bill at Oradell Animal Hospital that led to her wages being garnished this spring, The Jersey Journal reported.

DeGise has been under fire for the past month since she has not commented on the crash beyond stating, through a spokesman, that she was glad no one got seriously injured and that she has no plans to resign.

She has also faced scrutiny for a towing incident in Hoboken where she tried to pull rank, for living in College Towers, and for her driving record.

Today was the Jersey City Council caucus meeting, the first one since the hit-and-run, and DeGise attended, but did not weigh in or question any of the agenda items and left immediately once the session concluded.

On Twitter, a local resident took a picture of her car windshield in the City Hall parking lot this afternoon and pointed out that her inspection sticker expired in June 2021.

A few hours after the caucus, news broke that her father, County Executive Tom DeGise, would be retiring instead of seeking re-election next year.