The Jersey City Council will vote on a resolution tomorrow that would support the creation of a civilian complaint review board (CCRB) after Assemblywoman Angela McKnight’s (D-31) bill receives final passage in Trenton. 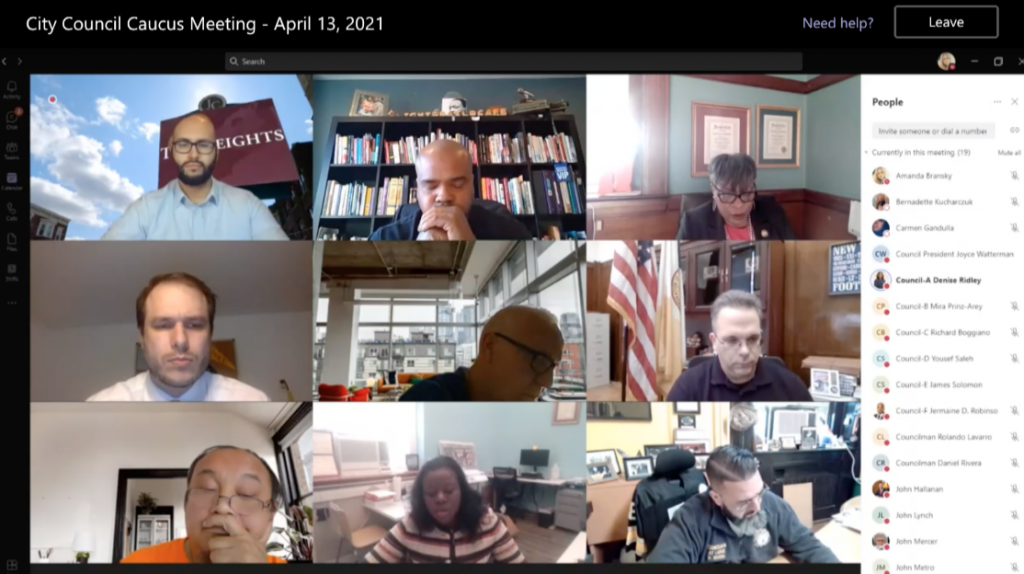 “This is a resolution version of the CCRB ordinance that we were originally doing. We discussed last time the legal issues, or possible legal issues, with the current version. We decided to put this resolution on that shows our commitment as a council,” said Ward A Councilwoman Denise Ridley at yesterday’s caucus.

“I believe the community is looking for a commitment once everything passes at the state. We are committed to passing a CCRB, creating a CCRB, in Jersey City with subpoena power so that is what this is saying.”

Ridley has been working with Ward E Councilman James Solomon to come up with local legislation for a CCRB and while it appeared they’d come up with a compromise in February after drafting differing proposals last year, that never came to a vote.

At a caucus last month, Corporation Counsel Peter Baker said that the Jersey City Police Officers Benevolent Association and Police Superior Officers Association are contending that the CCRB ordinance as it currently stands would violate their collective bargaining agreements, as only HCV reported.

While McKnight bill cleared the Assembly Community Development and Affairs Committee last month, it still has a ways to go before heading to Gov. Phil Murphy’s (D) desk.

As for Solomon, he said he is going to do his due diligence in finding out whether or not the police unions’ claims that a CCRB ordinance would violate their collective bargaining agreements are legitimate or not.

” … My hope would be that Jersey City could proactively go before the Public Employee Relations [Commission] to ask for a review of the collective bargaining questions as it relates to a CCRB,” he stated.

“This is an issue we’re going to have to address no matter what. Once the state bill is passed and we put in our CCRB the same collective bargaining questions will remain. So I am looking to see what we can do to get that question answered to overcome what I view as a delaying tactic for a CCRB.”

Prior to the conclusion of the caucus, Ridley said that the resolution currently has some language that was used for the ordinance, which will be amended prior to Thursday’s session.

The Jersey City Council will convene tomorrow at 6 p.m. via Microsoft Teams.

Kool & the Gang to headline 4th of July celebration in...