The Jersey City Council reviewed a new inclusionary zoning ordinance (IZO) that will succeed a measure that was struck down by a judge in August, requiring 10 to 15 percent affordable housing in most instances. 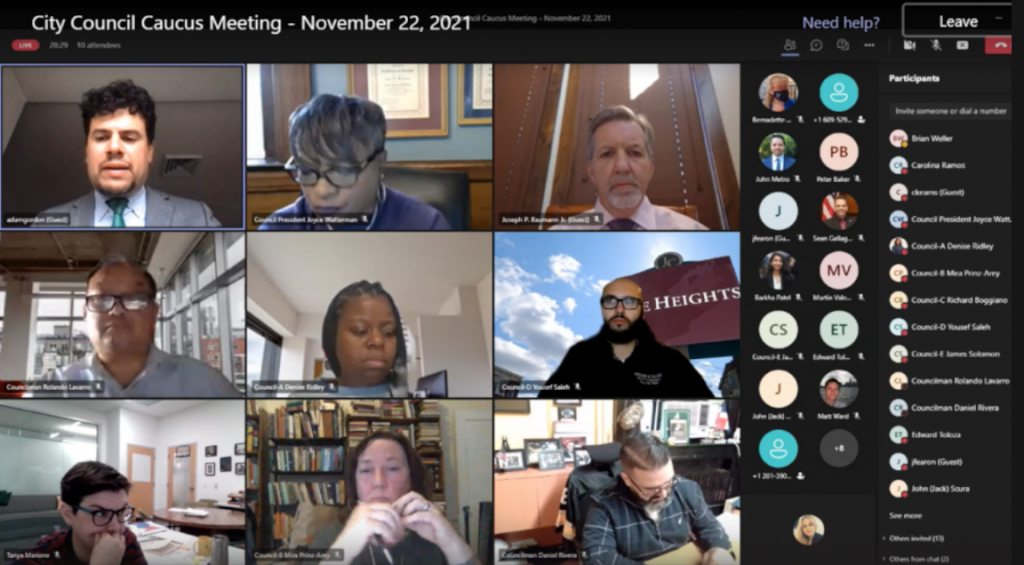 “This has been a long road with a lot of effort to get to where we are today,” Fair Share Housing Center Executive Director Adam Gordon said.

His organization worked with Mayor Steven Fulop, the city council, and other members of the administration to reach a consensus, which was revealed on Friday.

“This is significant middle ground that is a big improvement on that ordinance,” Gordon added.

While the prior ordinance called for 20 percent affordable housing, it also allowed for “buyout” provisions where a developer can provide an public amenity, like a parking deck or police station, to bypass the requirement – the primary reason a judge forced the city to start from scratch.

Gordon explained the two tiers that affect how much affordable housing is required based on the city’s income levels.

“No buyouts, no waivers, no exceptions, no wiggle room. And that really solves both the problem of practical and legal problems that were true of the prior ordinance. It has very clear standards to make sure it benefits a wide range of Jersey City residents at a range of income levels from $20 to $30,000 a year to more,” he added.

“We appreciate all the hard work that’s gone into this to strengthen this ordinance and a middle ground of compromise,” he said.

Ward C Councilman Rich Boggiano, who is competing in a spirited December 7th runoff election against challenger Kevin Bing, acknowledged Jersey City must be more affordable, but at the same time didn’t want to curtail development.

“Within two years we should revaluate this whole situation and see if it’s effective. I think it’s a good plan. Let’s see if it works.”

Boggiano also wanted Planning Director Tanya Marione to provide a list of all who were involved in crafting the ordinance from, asking if any developers were involved with the process.

Councilman-at-Large Rolando Lavarro, who unsuccessfully tried to introduce his own IZO in September, asked how the tiers were devised.

City Supervising Planner Matt Ward replied that it’s noted on the map it’s based on median family income data from the U.S. Department of Housing and Urban Development (HUD), as well as tract data from the 2020 census.

“That was used as a baseline to figure out the breakdowns of what is tier I. They also used data from the American survey data from 2019, which was the most up-to-date source of such information. He said the City Planning Department is going to evaluate the data every five years,” Ward explained.

Lavarro still pressed on for more information on the tiering.

“The tiering really came from the direction and goals that council president was talking about in some of the meetings with the Fair Share Housing Center and the administration as well as some other council people,” Ward said.

“When we were mapping the different income groups, we started at many different options. We had three triers at one point.”

They decided to group low, moderate, and middle-income together.

“It seems most appropriate, looking at the market forces in those areas to group those together,” Ward said.

As the discussion continued, Marione noted there would not be a mandatory requirement when upzoning was taking place, with Ward echoing that sentiment.

“I know in the affordable housing community, we had a lot of discussion regarding the length of affordability for the units. I realize it’s silent here as to long how long the units are affordable. Does that mean in perpetuity?,” Ward D Councilman Yousef Saleh asked.

“It’s 30 years and continues until released by the municipality. So it’s essentially perpetual controls. This ordinance is really important because it sets a really important baseline and floor, that sets expectations on everybody.”

He encouraged them to plan more projects with affordable housing in mind, like the Bayfront project, which recently received council approval on 1st reading of a $170 million subsidy deal with the Jersey City Redevelopment Agency.