Jersey City Council President Rolando Lavarro is endorsing the “Change for Children” Board of Education slate, taking aim at one of their chief adversaries in the process. 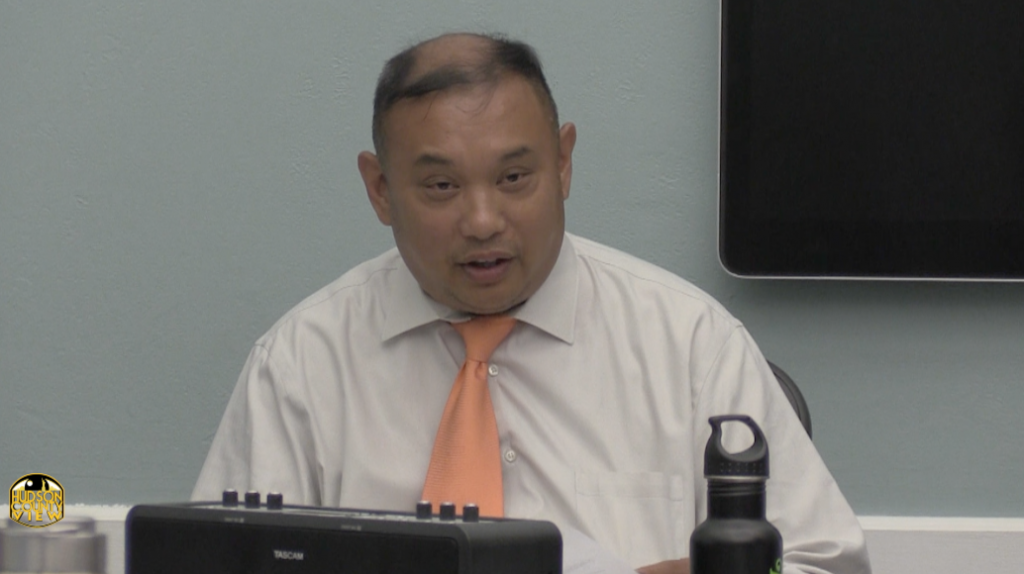 â€œMy endorsement does not come lightly. I believe these candidates are well respected within the community. I am confident they will keep parents and children as their foremost priority, working with me and the city council on the most pressing issues facing the Jersey City school district, namely the school funding crisis,” Lavarro said in a statement.

“Sudhan Thomasâ€™ corruption has been reported to be under investigation by the FBI for stealing taxpayer money, embarrassing the city at the expense of Jersey City students and taxpayers. As these scandals and controversies pile up, they only serve as a serious distraction from what is most important – our childrenâ€™s education.”

He also expressed disappointment over BOE members no showing a special council hearing to discuss school funding, though several of them later said they were following the advice of counsel.

As HCV first reported, a recent court filing revealed that there is “a current FBI investigation” at the Jersey City Employment and Training Program, where Thomas, the board of education president and part of the Education Matters team, served as acting executive director for about six months.

Thomas and former Gov. Jim McGreevey, his predecessor at JCETP, have pointed fingers at each other over who caused the current mess at the autonomous agency and they have both denied any wrongdoing.

The court filing does not name anyone as a target of the investigation.

In a statement, Thomas chided the value of Lavarro’s endorsement, claiming he has “no credibility or substance” and is “a vassal of developers” since he tried to introduce his own version of the payroll tax before the council ultimately approved that measure unanimously.

“Rolando does not have a day job and has been fighting for a 100 percent increase in his salary with the city council. He should be the one under investigation for his alleged share holding in a restaurant owned by a developer who has been extended many abatements in the city,” he said.

“There’s an old saying out west, when the debate is lost and there isn’t any substance left, as in the case of Change for Condos and Rolando, slander becomes the last refuge of the desperados.”

Lavarro said back that he’d put his record against Thomas’ any day of the week and let the FBI decide the allegations of misconduct.

Additionally, both Noemi Velazquez and Alexander Hamilton from the Change for Children team noted that they are thankful for the council president’s support.

“He has shown real leadership by not keeping with the status quo. We are eager to work with him and have a shared urgency to address the funding crisis. It starts with changing the current failed leadership at the Board of Ed,” Velazquez added.

The BOE race is on Tuesday, November 5th and Change for Children is the main opposition for Education Matters slate, though there are also three independent candidates on the ballot and voters will select five out of the field of 13.