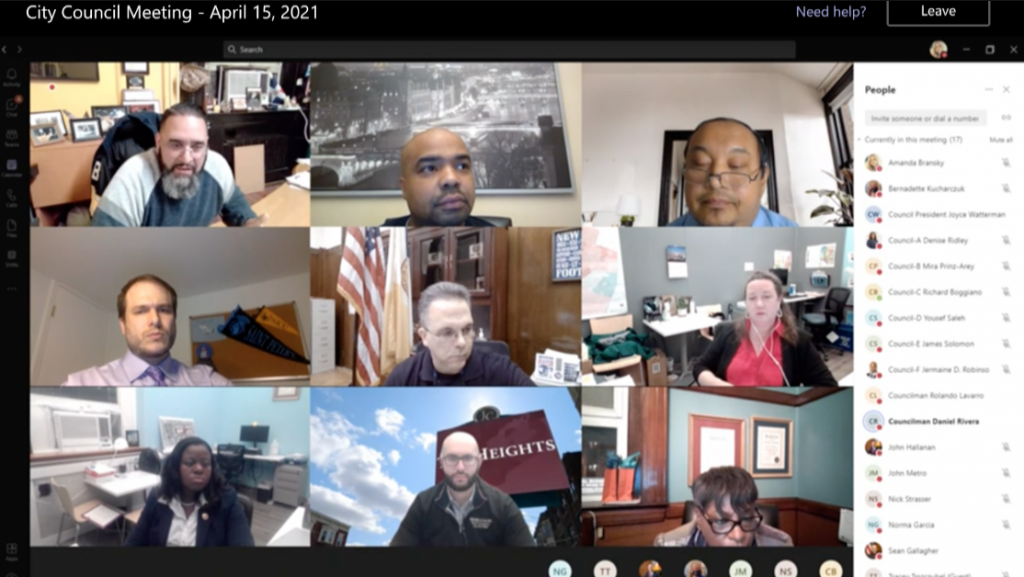 “This resolution supports two bills that are pending in the legislature which would make police disciplinary records public, police internal affairs records subject to the Open Records Act … These investigations have no oversight whatsoever,” said CJ Griffin, an attorney who said she was speaking as a Ward E resident during last night’s public portion.

Gary Spingarn, a member of the Hudson County Progressive Alliance that is running for the District 6 Democratic committee seat in Ward E, said that while the resolution itself won’t facilitate change, it still sends an important message.

“In an ideal world, we shouldn’t need this legislation, OPRA was supposed to empower the citizens with this type of information … I know resolutions aren’t legislation, but we want to send a message that Jersey City demands transparency,” he said.

Additionally, ACLU-NJ Policy Director Sarah Fajardo said that New Jersey is falling behind the times, since 20 other states have already made IAU records publicly available.

“The ACLU believes that transparency is the first step towards accountability and we believe New Jersey deserves both.”

Another speaker on the measure was Ward C council candidate Kevin Bing, who stated that the approval of this legislation in Trenton wouldn’t just benefit the public, but the police as well.

“I ask you to make sure that power comes with accountability. Accountability builds trust, making disciplinary records public will let the public know that misdeeds are being investigated and addressed. In addition, police officers will know that their colleagues are being held to the same standards that they are.”

To that end, Councilman-at-Large Rolando Lavarro said that while that incident was many miles away, “we need to ensure that all of our communities can feel we have fairness and justice.”

Additionally, the resolution supporting the creation of a civilian complaint review board (CCRB) once Assemblywoman Angela McKnight’s (D-31) bill receives final passage in Trenton was approved by the same tally.

As for the appointments to the municipal court, Karen DeSoto was appointed to a full-time judgeship and Ramy Eid was named the new chief municipal judge by unanimous votes.

Reporting from the Jersey City Times has called their required city residency into question, and while First Assistant Corporation Counsel Nick Strasser said the council had received documentation in their City Hall mailboxes today, Solomon an Lavarro said they hadn’t been made aware of that.

As a result, Solomon made a motion to defer both resolution to their April 28th meeting so that they could have time to review everything and he also suggested having both candidates prove affidavits to definitely prove where they live.

“I’m baffled, baffled, that we wouldn’t wait two weeks to be sure and also demand an affidavit – an affidavit is a sworn statement, it is not simply a document. It’s someone putting their name down ‘I am swearing, right, as an officer of the court that what I’m saying is true,'” Solomon began.

“That’s all we need at this point: if both folks sign that affidavit, we have nothing to question at that point,” he said during the vote, which failed 7-2, with Solomon and Lavarro voting yes.

Since Chatha will be resigning as a commissioner for the Jersey City Municipal Utilities Authority, the council also had to vote on her replacement: David Moore.

That measure was okayed by a 6-1(2) vote, with Solomon voting no, while Lavarro and Council President Joyce Watterman abstained.