The Jersey City Council voted unanimously (8-0) to give the initial okay to expand the city’s rent freeze to one- to four-family homes until August 1. 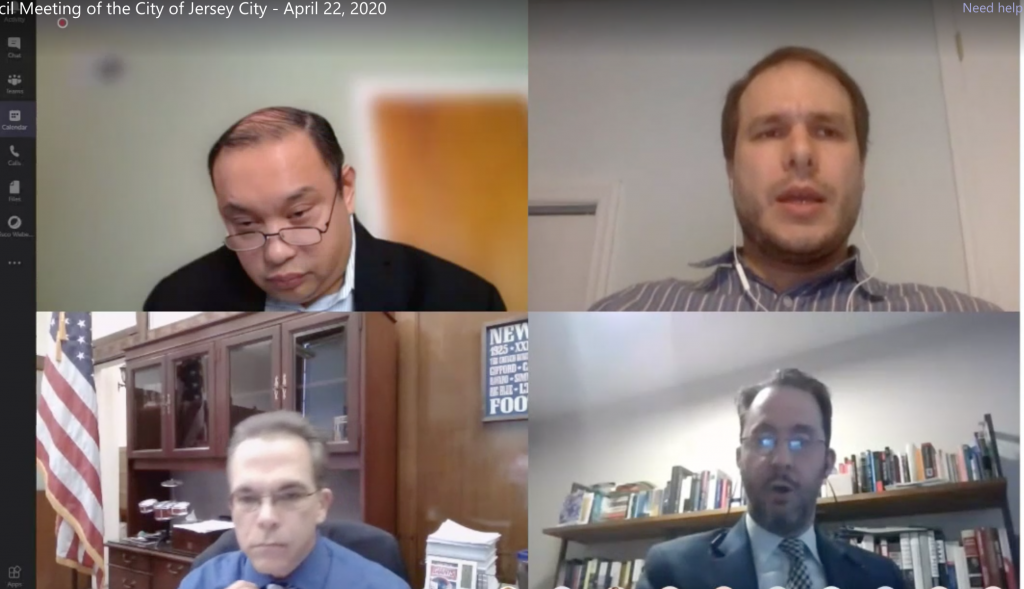 “The changes were made as far as I can see, as long as it ends on August 1, I’ll go along with it,” said Boggiano.

Ward E Councilman James Solomon, who proposed the changes, noted that he was willing to merge his original amendments, which is now a separate ordinance, with the city’s.

“I am totally open to that, I would defer to the law department on our ability to do that,” said Solomon.

However, city attorney Nick Strasser explained that because the council voted on the first reading on Monday, April 13th to pass the city’s ordinance, the council wouldn’t be able to merge them in one fell swoop.

So, at the next Council meeting on May 6 there will be two ordinances on rent controlâ€”the city’s version to impose a rent freeze on all units subject to rent control through August 1st, as well as prohibiting any collection of a penalty for late payment of rent as a result of the current public health emergency, and the Council’s version.

As far as the necessity for having two separate ordinances on rent control on the agenda for May 6, Solomon explained that it’s more of a timing issue than anything else.

“What we could have done is we could’ve amended the city’s version, but the problem with that is that it would delay us further, and we don’t want to be delayed because we want to pass this law sooner rather than later [to provide relief to residents during the current public health emergency],” said Solomon.

Two weeks ago when Solomon offered up to expand the city’s rent freeze during the current pandemic to multiple dwelling units, and for the freeze to kick in automatically should a similar event ever occur again, he met some resistance.

Boggiano said that he was not in favor of the changes because he believes that most landlords aren’t going to be raising people’s rents during the current pandemic.

“We should stay away from one- to four-family homes…there’s enough guarantees from the governor and everybody else. You are going to tick off a lot of people and most people are not going to raise most people’s rents right now,” Boggiano said at the time.

Nevertheless, he changed his mind during tonight’s session since Solomon agreed to work with him on certain aspects of the ordinance.

Jersey City International TV and Film Festival offers something for everyone