The Jersey City Council approved the first reading of their new inclusionary zoning ordinance (IZO) as part of a push to create more affordable housing by a vote of 8-0(1), with Councilman-at-Large Rolando Lavarro abstaining. 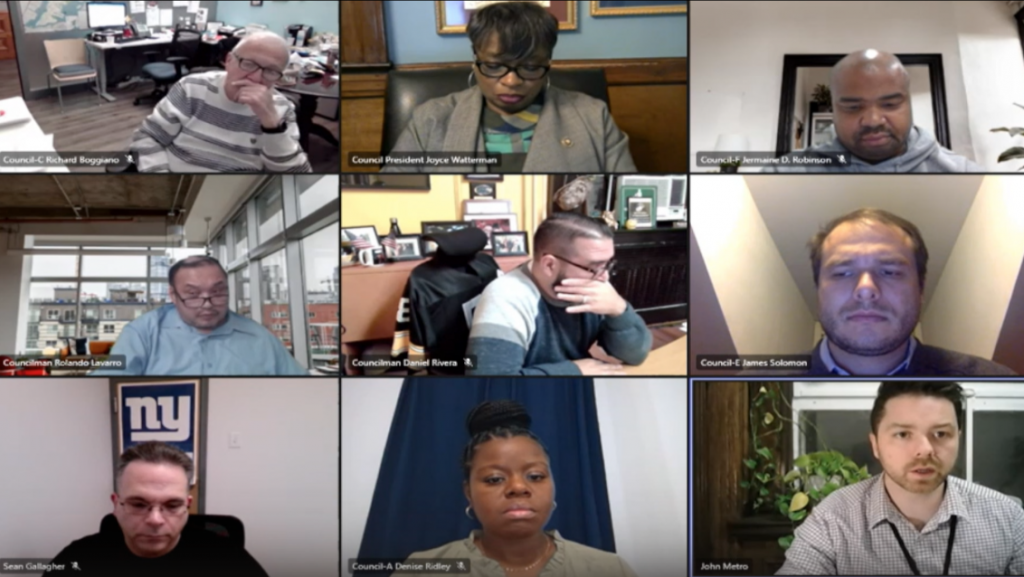 A special council meeting was held yesterday to avoid any conflicts with Thanksgiving last week after the caucus session took place on Monday, November 21st.

“I think this is a marked improvement, a significant improvement over what was previously um adopted by the city council last October,” Lavarro said before reiterating his previously mentioned concerns.

“On the Tier II 15 percent set aside, I do think we can do better. In Downtown Jersey City, in those more affluent neighborhoods and communities, we could be able to sustain a higher percentage of onsite affordable units at 20 percent.”

Lavarro also sought a more detailed map with street names, indicating that a larger, physical map would be fine if a smaller pdf map were too small to contain names.

“I have some concerns about some of the areas that are set in Tier I, which is the lower 10 percent,” he said.

Lavarro was specifically concerned about the area around Van Vorst Park since it is on the border of downtown and the different neighborhoods of different income requirements for affordable housing.

“I should think that should be set at 15 percent within the Tier II areas,” he said.

Lavarro also had concerns with the policy of upzoning for state tax incentives. While these types of developments would call for 20 percent affordable housing, there are currently none in the pipeline and that doesn’t seem likely to change any time soon.

“While I think that’s a good thing, I think it’s not likely to happen. So the idea that you’re in a tier I area and get bumped up … I don’t think that’s a likely scenario,” he said.

He argued it did not work as an incentive for development elsewhere in Jersey City in the past before opting to abstain on the vote. Lavarro had introduced his own IZO in September seeking 20 percent affordable housing to no avail.

The city council approved an IZO last October that allowed developers to insert community givebacks such as a parking deck or police station to replace the affordable housing components of their plans.

The non-profit Fair Share Housing Center filed a lawsuit over the ordinance last December, and a judge struck the measure down in August, as HCV first reported.

Earlier this month, Jersey City reached an agreement with the Fair Share Housing Center on a new inclusionary zoning ordinance that would mandate between 10 to 15 percent affordable housing depending on the area median income in most instances.

The new ordinance requires developers to provide an affordable housing plan prior to building permits to ensure compliance. It will subsequently require a formal affordable housing agreement before the City can issue a certificate of occupancy.

A 10 percent mandatory affordable housing set-aside will be required on-site for all development located within low- and moderate-income areas (below 120% AMI), as identified by the 2020 U.S. Census. Developments with 15 units or more in U.S. Census tracts above 120 percent Area Median Income (AMI) will require 15 percent affordability on-site.

A development that receives a tax abatement must also provide at least 15 percent affordable housing.

Business Administrator John Metro said that according to bond counsel, the Local Finance Board’s approval is needed first and they were unable to hear the measure on short notice.