The Jersey City Board of Education made an unexpected, expedited move to pass a $736 million budget for the 2020-2021 scholastic year that will come with a roughly $53 million tax levy hike, a sizable increase for a district trying to make up for years of state cutbacks. 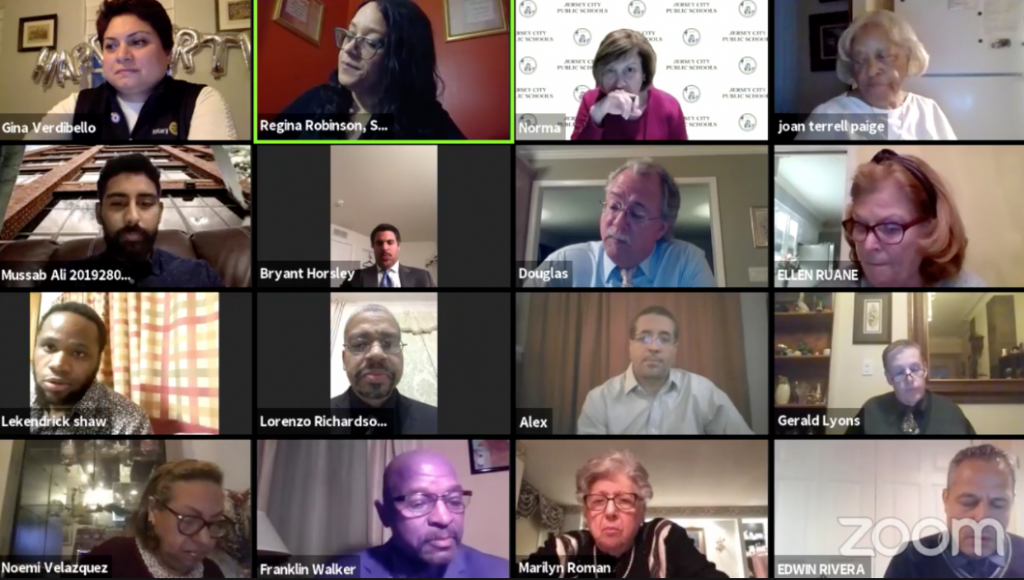 In other words, the nearly three-quarters of a billion dollar budget includes a school tax levy increase of 39 percent for the 2020-2021 calendar year.

For a Jersey City home assessed at $452,000, the school tax increase equates to a monthly increase of about $46, Jersey City BOE Business Administrator Regina Robinson said during the meeting.

The board was not originally expected to pass the budget Monday night, and was slated for a final vote on Wednesday. However, Trustees Gina Verdibello and Lekendrick Shaw made a motion to adopt the budget and everyone agreed (9-0) on the district’s spending plan.

“I want to thank all of the board members for getting us through this process,” Board President Lorenzo Richardson said at the meeting, which was hosted on Zoom.

“I’m very pleased by how we all came together and made this happen.”

More than two hours of the meeting consisted of parents and residents calling in to express support for the budget.

“Your responsibility is to achieve the state’s required educational goals”

The budget’s approval is a win for advocates who have been pushing for tax increases within the district despite the challenges created by the COVID-19 pandemic.

â€œThis is a historic win for Jersey Cityâ€™s children & the city as a whole. After more than a decade of underfunding, Superintendent Walkerâ€™s budget takes a significant step in the right direction,” said Brigid Dâ€™Souza, a parent of two students at Public School No. 3 and a leader with Jersey City Together.

“It represents real, local investment in our cityâ€™s students and schools. Thank you to the Board Trustees & to district leadership for the courage and vision to make this happen.”

The BOE gave initial approval for the budget back on March 20th.

Revisions made to the state school funding formula in 2018 resulted in a phase out of millions of state aid given to the district.

Additionally, Jersey City lost $175 million in state aid for 2019 and is expected to see similar cuts over the next several years.