The Jersey City Employment and Training Program will keep Sudhan Thomas on as their acting director through the end of September and also appointed a new board chair at last night’s meeting, only for him to resign this morning. 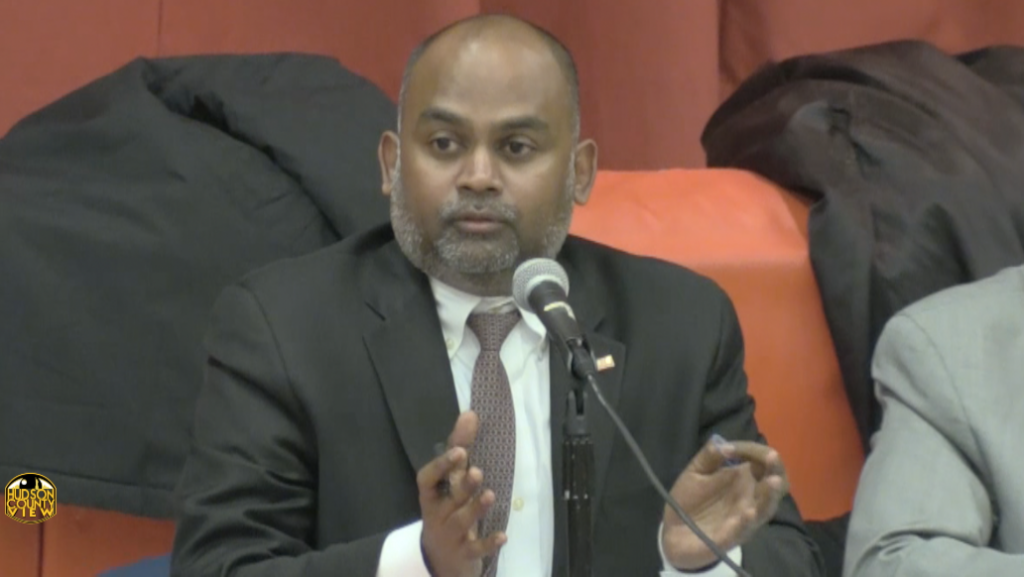 Thomas, who has submitted an application to be the new executive director, is also the board chairman and he stepped down as a member of the governing body last night.

However, he will remain an active part of the autonomous agency as the board voted to extend his unpaid term as acting executive director through September 30th.

Back in January when the board voted out former Gov. Jim McGreevey as the head of the agency, Thomas was appointed the acting director for a six-month term via a separate vote. That tenure was set to expire in the first week of July.

Additionally, Robert Knapp, who voted against McGreevey’s firing, confirmed with HCV that he was appointed the new chairman of the board by a vote of 5-1(1).

Only Anthony Lewis voted against the measure and Jeremy Farrell, who called into the meeting, had hung up prior to the vote.

Furthermore, Flanagan, who serves as the Health and Human Services Director for Jersey City, was appointed vice chair of the board, the position that Knapp held going into last night’s meeting.

However, the future leadership of the board remains in question, as Knapp tendered his resignation this morning.

“I have to state for the record, that I have served this board since 2001 for the past 18 years with honor and distinction however I do not feel in my heart with the current climate that I can continue to be productive,” he said in his resignation letter.

“I hope that I have contributed to making a difference for the people of my fair city where I have resided for my entire life, over seventy years. I wish all of the Commissioners well, however for the record, state that there needs to be ‘repairs’ to an organization that was working by, for and of all of the people of Jersey City.

Also of note, the board approved a measure that will allow the agency to receive quotes from professional recruitment companies up to the amount of $10,000 as their executive director search continues.

Some members of the Jersey City Council have expressed frustration with the search process to find a new executive director, including Ward F Councilman Jermaine Robinson, who is adamant that Thomas has tainted the process.

â€œAs a member of the Jersey City Council I am in full agreement to freeze funds allocated to JCETP until a proper search is conducted. It is my desire that Mr. Thomas recuse himself from the selection process and that the board at JCETP begin a new transparent search and form a new search committee,” Robinson said in a statement.

â€œFor the past six months, my colleagues and I on the council have been consistently disappointed and dismayed with the lack of transparency from the acting leadership at
the JCETP. It is time for us to find an executive director at JCETP who has the interest of the underemployed and unemployed above his or her own.â€

Earlier this month, Thomas, along with a city spokeswoman, alleged that a forensic audit showed that McGreevey had misappropriated “millions” of dollars while running JCETP before his successor touted his own accomplishments.

McGreevey has denied any wrongdoing, noting that auditors from the agency and the state had routinely given JCETP “a pristine bill of health,” dismissing the forensic audit since the firm was selected by Mayor Steven Fulop’s “handpicked surrogates.”