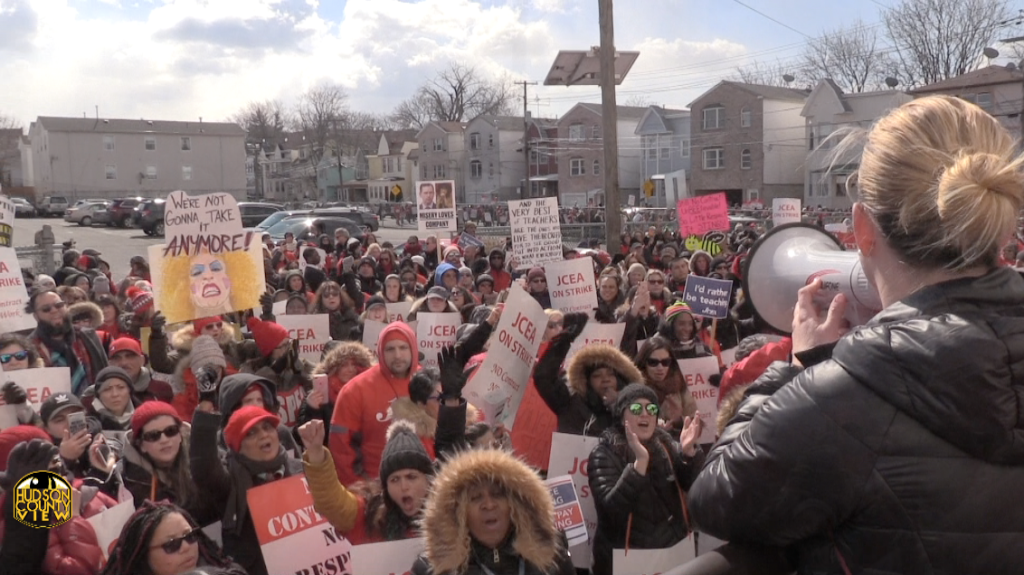 ” … Many of our students walk to school on a daily basis and the sense of community that makes Jersey City exceptional is evident in no greater way than in the neighbors who provide an extra layer of safety to our children on that commute,” Greco said in a statement.

“Adding thousands of strangers across the city through short-term rentals greatly increases risks to the well-being of our students. The impact short term rentals has had on inflating the cost of living for our average member has also created a hardship … On behalf of the educators of the Jersey City Education Association, I hope you will consider voting ‘YES’ to Question 1 on November 5th.”

The ballot question has created quite a bit of controversy, particularly the change that would prevent renters from operating short-term rentals.

The race is becoming very expensive, with each side spending around $1 million to date, according to campaign finance records.

Fulop previously told HCV that he is not endorsing anyone in the Jersey City BOE contest, while the “Change for Children” team – opposing the JCEA-backed Education Matters team – along with the three independent candidates, have not taken a position on the short-term rental referendum.