With all three incumbents up for re-election opting not to run, the Jersey City Board of Education election on November 8 will likely return to chaotic form as 13 candidates will seek three, three-year terms on the board. 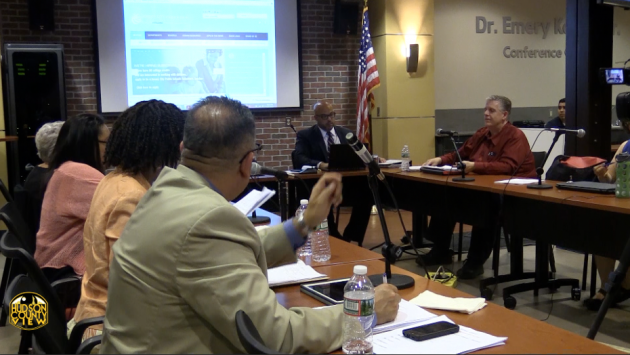 Education activist Gina Verdibello announced last week that she would be seeking a seat on the board for the fourth year in a row after a strong showing in 2015’s four-person race.

â€œIâ€™ve learned so much in the past couple years and I havenâ€™t stopped. I canâ€™t stop. I kind of want to step away from it once the election is over, but I just canâ€™t,” she said at the time.

Also re-entering the mix is Angel Valentin, who served on the board between 2004 and 2014. He is also a Ferris High School alumnus and a former grant writer for the Jersey City Employment and Training Program, which is headed by former Gov. Jim McGreevey (D).

Another familiar face putting his name on the ballot is Dejon Morris, a Jersey City police detective who bowed out of last year’s District 31 state Assembly race to support eventual victors Angela McKnight and Nick Chiaravalloti.

Now also working part-time as an aide in McKnight’s office, Morris made an unsuccessful bid for the school board in 2013 and this is his first time running since.

Felipe Fernandez is a pastor at Jersey City’s Fountain of Salvation church, Lee is the CEO of Newark’s BRICK Academy schools, Rowan is an ex-president of the Jersey City Kiwanis Club and Schapiro is a former president of the Hamilton Park Neighborhood Association who has previously worked with the Parents for Progress.

This election could be pivotal for Superintendent of Schools Marcia Lyles, as Trustees Jessica Daye, Micheline Amy and Ellen Simon are three of her closest allies on the board – none of whom are seeking re-election.