Despite unsuccessful bids to make it on the Jersey City Board of Education for the past three years, education advocate and mother Gina Verdibello will once again be on the ballot for the November 8 election. 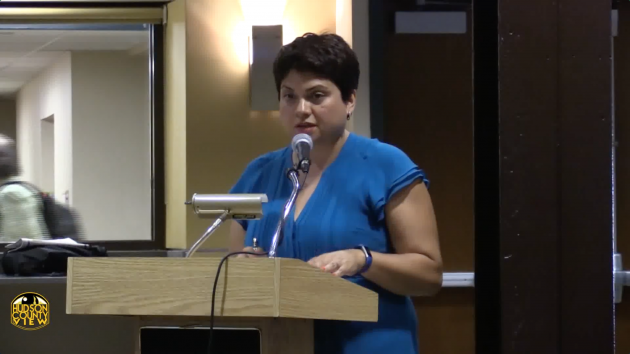 “I’ve learned so much in the past couple years and I haven’t stopped. I can’t stop. I kind of want to step away from it once the election is over, but I just can’t,” said Verdibello, who attends every Jersey City BOE meeting and occasionally goes to Trenton to listen in on statewide issues.

“I made my peace with a lot of the people who run against me, I’ve made friendships with them and want to work with them. Once your on the board, you have to work together so that things work. It’s supposed to be conversational.”

She added that “this is my time” and her involvement in the community speaks for itself, as far as her commitment to the students, families and issues that are impactful in Jersey City.

Verdibello is coming off her strongest showing in last year’s November 3 election, garnering 5,277 votes with essentially no establishment support, though she did earn the backing of Ward C Councilman Rich Boggiano and former Assemblyman Sean Connors.

Nevertheless, the “Education Matters” ticket of Board President Vidya Gangadin, Board VP Marilyn Roman and newcomer John Reichart still pulled off a clean sweep, with Verdibello still coming up short by over 1,000 votes.

The Education Matters slate had the support of the Jersey City Education Association (JCEA), Mayor Steven Fulop and several other elected city officials.

In 2014, Verdibello ran on the “Children First” team with Lorenzo Richardson and Gerald Lyons, but the JCEA threw a curveball by endorsing Richardson, Lyons and Joel Torres as another incarnation of the Education Matters ticket. This ticket eventually seized victory in the November 4 election.

This trio was elected to a three-year term on the board back in 2013, the first time Verdibello decided to put her name on the ballot.

As of this writing, it was unclear if Daye, Amy and/or Simon planned on running again as none of them had submitted their petitions for nomination to the Hudson County Clerk’s Office.

Any candidates interested in seeking a board of education seat in New Jersey must submit petitions to their local county clerk’s office by July 25.