In a relatively rare turn of events, a West New York Board of Education candidate will still be on the ballot after an incumbent challenged his petitions for nomination last week. 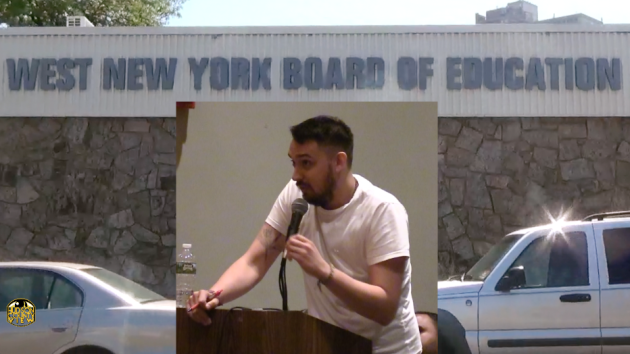 Although Nico Behncke, a staunch critic of the Mayor Felix Roque administration, was initially thought not to have enough petitions to be on the ballot after Board Vice President Damarys Gonzalez filed an objection, that will not be the final ruling in the matter.

On Friday, Gonzalez filed a complaint with the board of elections that challenged four of Behncke’s 13 signed petitions, as only HCV reported. While three were thrown out, one was not, allowing him to remain on the November 7th ballot.

“Hudson County Clerk Barbara Netchert determined that three of the signatures were disqualified, but one was not, so he still has the [minimum] number, 10, required to stay on the ballot,” Hudson County Supervisor of Elections Hilda Rosario told Hudson County View.

Behncke said that his understanding was he was never formally removed from the ballot since his petitions had “curable mistakes,” according to the county clerk’s office.

He also called the situation “a huge lesson to learn” and actually thanked Gonzalez for filing her complaint.

“As someone running for the first time ever for any kind of office and with no political or financial backing, I’d like to thank Damarys Gonzalez and the rest of the Roque team for kindly pointing out my rookie mistake,” he said in an email.

This was likely just the first round of election season sparring between Behncke and Gonzalez, given that they will be on opposite ends of the political spectrum.

While Trustee Steven Rodas and Town Hall employee Jose Alcantara were unceremoniously removed from the latest incarnation of the Roque-backed Children First slate before the filing deadline, Gonzalez is still expected to be part of the team.

Meanwhile, although no one will confirm it outright, Behncke is likely to be the third member of the Save Our Schools ticket along with Alex Navas and Melinda Saunders.

LETTER: There is zero doubt in the current leadership at the...