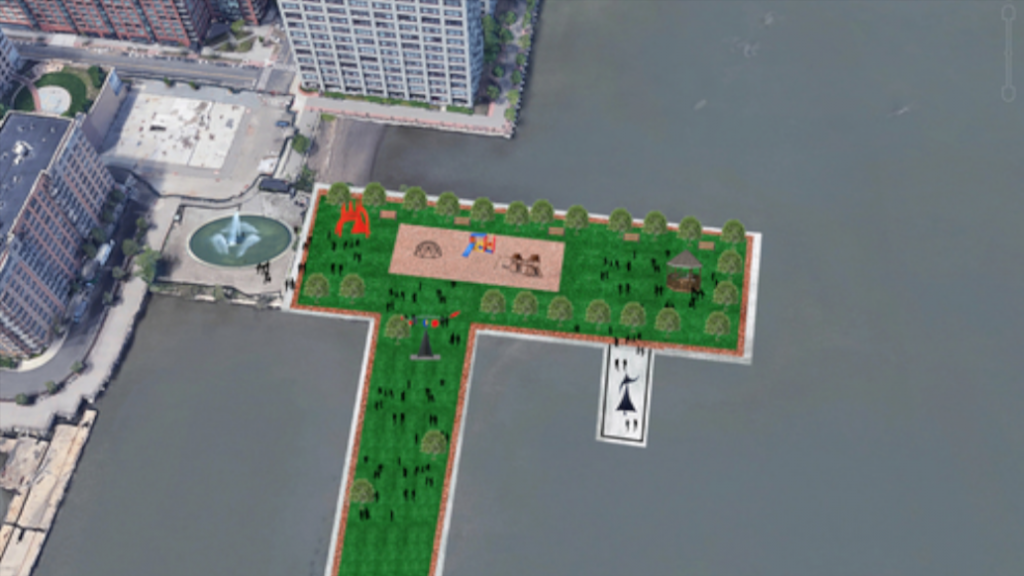 “I have a detailed plan to build out open space at both the Monarch property and at Union Dry Dock,” Martinez-Debenedetto said in a statement.

“As Councilwoman, working constructively with Mayor Bhalla and my Council colleagues, I will turn this plan into a reality, protecting our waterfront for all of us to enjoy.”

Her plan includes pushing for open space on both the Union Dry Dock and Monarch properties, the Monarch developer pays the bulk of the rehab and buildout costs and securing state and FEMA funds to ensure flood mitigation at Union Dry Dock.

“I am the only candidate who is actually eligible to vote on a potential Monarch deal, which is arguably the most consequential vote affecting 2nd Warders next year. (Unfortunately, the incumbent has a conflict and must recuse herself from voting on this important matter),” the challenger stated.

While Fisher said that all sounds good, it’s not realistic and would likely cost the the city millions of dollars.

“I don’t think my opponent fully understands how the transfer of land rights works. If the trade includes using excess value from the development of the DPW site to build out of her proposed $50 million park, that is not a community give back, but rather dollars the city is forgoing that could be used for many priorities,” she responded.

“This is the perfect example of why Hoboken needs a representative that has significant financial and real estate experience, one who is always looking out for Hoboken taxpayers and one who has been in the fight for our waterfront for years. My opponent is completely new to this subject. I am the candidate for 2nd Ward Council with the most proven record of fiscal responsibility and fighting to preserve our waterfront as open space.”

Team Bhalla spokesman Rob Horowitz hit back, claiming that Fisher is the one that doesn’t understand redevelopment agreements.

“If she would rather two large skyscrapers instead of open space on our waterfront, she should state that. Either way, she’s playing politics at the hand of a critical issue in which she is recused from voting.”

The city recently made a $13.1 million offer to New York Waterway in the latest round in their battle over Union Dry Dock, following approval from the council.

NY Waterway continues to push to turn the site into a ferry maintenance and refueling facility and the matter is expected to head to court yet again.

Meanwhile, the Monarch agreement would transfer the development area to the city and pave way for the redevelopment of the Department of Public Works garage site.

The DPW garage is located at 256 Observer Highway, and along with providing a full renovation of the facility, the Applied Development Company would also agree to building 4,000 square feet of retail along the thoroughfare, as well as 264,000-square-foot transit-oriented rental building – which would dedicate at least 11 percent of their units to affordable housing.

However, the whole development would only be made possible once the terms of a redevelopment agreement is approved by the council at date to be determined.

Out of nowhere, 1st Ward Councilman Mike DeFusco unexpectedly entered the fray as well, stating that he also opposes the concept too, since it “proposes stripping our neighborhood of essential community givebacks from the project.”