In the event that state Senator Sandra Cunningham (D-31) vacates her seat, up to 326 Democratic committee members in her district would pick her successor. 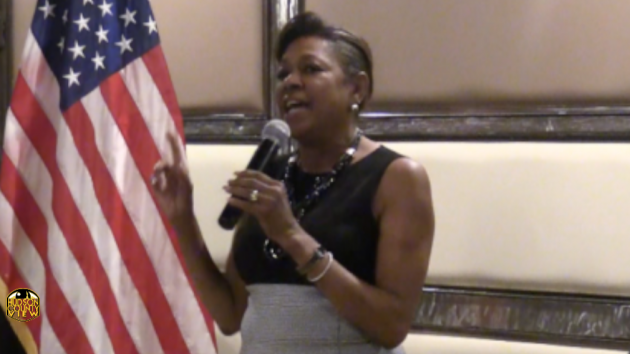 The possibility of Cunningham, 72, retiring came to light in a New Jersey Globe report yesterday that indicated she has been hospitalized for nearly two months due to declining cognitive health issues.

First elected in 2007, the five-term senator has not been to Trenton since voting on the budget in June and attorney Matthew Burns has since been placed in charge of her personal affairs.

While her term runs through the end of 2023, an appointment would be necessary if she decided to step down.

The 31st Legislative District included all of the Peninsula City, as well as the entirety of Jersey City’s Wards A and F, with select districts from Wards B, C, and D too.

That is the map that was made prior to redistricting this year, which now also includes Kearny, but the new map won’t take effect until 2024.

Therefore, Jersey City Mayor Steven Fulop would more than likely be in the driver’s seat in that scenario, so it is possible John Minella, his chief of staff, could fill the post until the end of next year.

Nevertheless, per committee rules, anyone within the district can be nominated and the vote must take place on voting machines.

While such a move is relatively rare, it’s far from unprecedented in Hudson.

For the moment, no one from Cunningham’s team has explicitly said that they expect her to leave office early, though a bid for re-election seems like an afterthought at this point.

As Rebovich Institute of New Jersey Politics Director Micah Rasmussen pointed out on Twitter, the state Senate has the ability to expel a member, as well as potentially declaring a vacancy in the event an incumbent is no longer fit to serve.