The Hudson County Board of Chosen Freeholders approved using eminent domain to acquire the real estate linked to the three local hospitals owned by CarePoint Health. 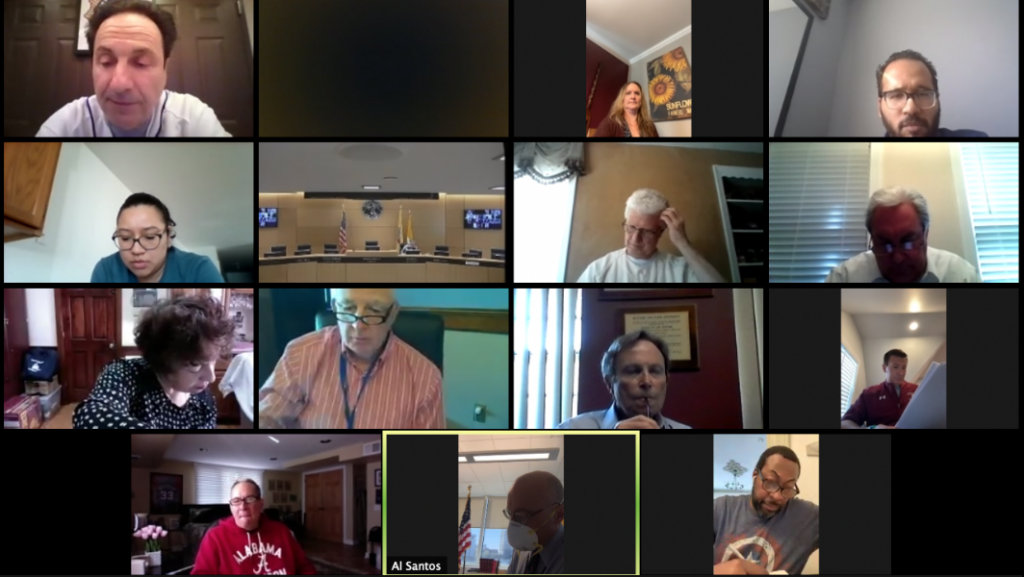 The nine-member board hosted a 40-minute Zoom meeting this afternoon where they approved three separate resolutions giving the Hudson County Improvement Authority the ability to use eminent domain on the properties associated with CarePoint’s three hospitals.

Each measure gives the HCIA the consent to move forward with using eminent domain to acquire the properties at Christ Hospital, the Bayonne Medical Center, and the Hoboken University Medical Center.

All three resolutions were approved unanimously (9-0) with minimal discussion.

“Itâ€™s critical that all three of them remain open. We canâ€™t allow ourselves to be played or gamed during negotiations,” said Jersey City Freeholder Bill O’Dea (D-2).

â€œIâ€™d like to thank my colleagues for their support: itâ€™s very important to us,” added Bayonne Freeholder Kenny Kopacz.

In a letter addressed to HCIA Chair Frank Mestana yesterday, prior to their initial vote on nearly identical eminent domain resolutions, Angelo Genova – the attorney of Alaris Health owner Avery Eisenreich, the owner of the properties in question – wrote that eminent domain is the wrong call at this time.

“The use of eminent domain on the Bayonne and Hoboken properties is as needless as it is expensive. Condemnation will unnecessarily interfere with the existing hospital leases between Owner and CarePoint,” Genova said in the letter.

“In the midst of a looming public financial crisis it is unnecessary for HCIA to incur the debt required to pay fair market value for Bayonne and Hoboken … Rest assured that my client is prepared to stand up to your condemnation threat if a successful business deal cannot otherwise be reached.”

While CarePoint had signed a letter of intent to sell the BMC to a new operator in March, officials alleged just two weeks earlier that Eisenreich was stalling the sale of their hospitals by asking for $300 million in compensation.

Back in October, CarePoint announced they had signed aÂ non-binding letter of intentÂ for Robert Wood Johnson Barnabas Health to purchase Christ Hospital and the HUMC.

The news came just 24 hours after local electeds came outÂ against any planÂ that would lead to the closure of the BMC.

Since then, Alaris and CarePoint have become embroiled in a bitter lawsuit and it appears that another one is on the horizon, based on the aforementioned letter from Genova.

â€œCarePoint fully supports the efforts of the Hudson County Freeholders, the cities of Bayonne, Hoboken and Jersey City, the Hudson County Improvement Authority and the County Executive to ensure that the each CarePoint hospital remains as an acute care hospital,” said CarePoint spokesman Eric Bloom.

” … Alaris Health and Avery Eisenreichâ€™s stated intent to repurpose Bayonne Medical Center and interfere with the operations of the hospitals as well as pending negotiations with new operators for his personal financial gain is immoral and a blatant attempt to profit at the expense of the hospitals incredible staffs and employees and the citizens of Hoboken, Bayonne and Jersey City.â€

Editor’s note: This story was updated with a comment from CarePoint spokesman Eric Bloom.