The Hudson County Board of Commissioners, Hudson County Executive Tom DeGise, and certain administrators will receive a 2.5 percent salary increase following a unanimous vote (8-0) this afternoon. 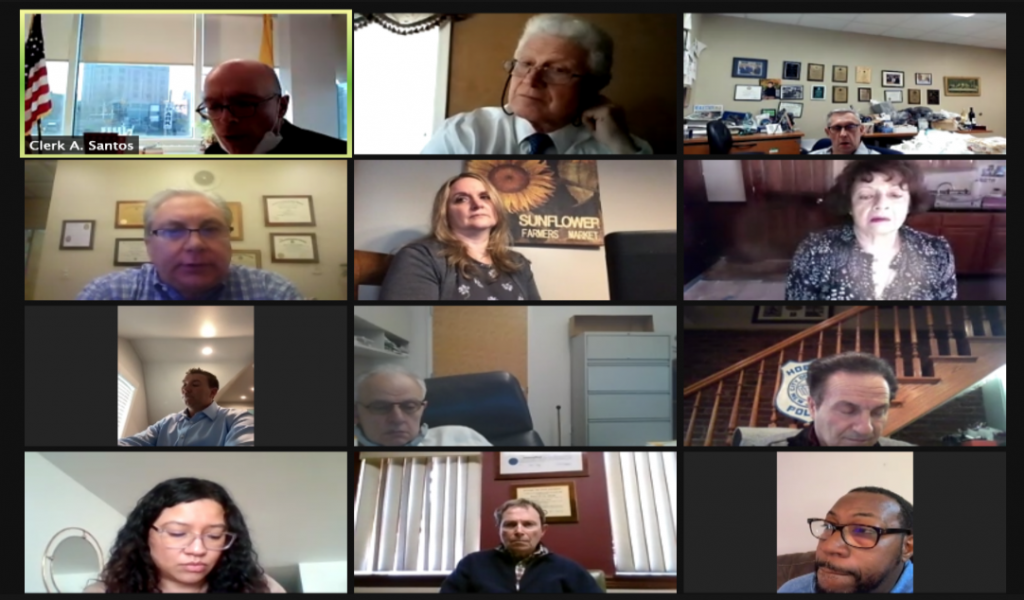 Board Chair Anthony Vainieri (D-8) said the raises were an annual routine, with these pay hikes retroactive to July 1st, 2020.

“[They’ve] been working through the pandemic. A lot of these directors have been working seven days a week, 24 hours a day,” he said, noting he would likely take the increase so the next board chair can take home the $50,616 salary.

County Administrator Abe Antun indicated that the amount of salary increases totaled about $76,000 and that the board last approved one effective for July 1st, 2019.

Others on the list of the 21 or so different positions include all department heads, county counsel, clerk, surrogate, registrar, and tax administrator – who all earned at an annual salary of at least $130,930 prior to the vote.

Discussion on the matter prior to the vote only lasted a few minutes with no public speakers, though County Commissioner Bill O’Dea (D-2) said afterwards that he would again decline the raise, as he’s done in the past.

He added that he voted for the measure because his colleagues had the ability to do the same and, like Vainieri, said he didn’t see any reason to short change county employees who have been working tirelessly during the pandemic.

“I supported it because many, or the vast majority of the directors and others that are listed here certainly worked hard and diligently throughout the pandemic when there was a shutdown and I figured that we shouldn’t exclude them from 2.5 percent raises,” he said.

” … Anyone who doesn’t rely on this position as their primary source of income during this time when so many people are out of work should seriously consider declining the decrease. If you’re not eligible to get another stimulus check, you should probably think about not taking this increase.”

Marc Devens, of the Hudson County Progressive Alliance, pointed out that Vainieri testified during the Senate Law & Public Safety Committee hearing this afternoon and said he was against the passage of Bill S-3661 that would limit future detention agreements with federal immigration authorities – like the county has with U.S. Immigration and Customs Enforcement.

“About an hour ago, Chair Vainieri spoke about the budget shortfalls that the county is facing in regards to a detention bill that would limit detention bills for ICE. Within the span of 45 minutes, he can go about talking about budgets shortfalls and how we need to keep this contract and giving raises to himself and others,” he said after the vote.

He also pointed out that the county commissioners in Hudson are the highest paid in the state.

During that hearing, Vainieri also argued, as he has since late last year, that the current agreement with ICE is in the best interests of the families of the detainees.

“ … Where are these detainees going to go? How are their families going to visit them in Louisiana, in Texas, in Arizona? That’s the main priority of why I voted for the bill, my resolution, in my county.”