The Hoboken City Council okayed a number of parking changes last night in hopes of making the lives of both residents and healthcare workers easier, which includes $1 parking at the midtown garage for employees at the medical center tasked with battling the COVID-19 pandemic. 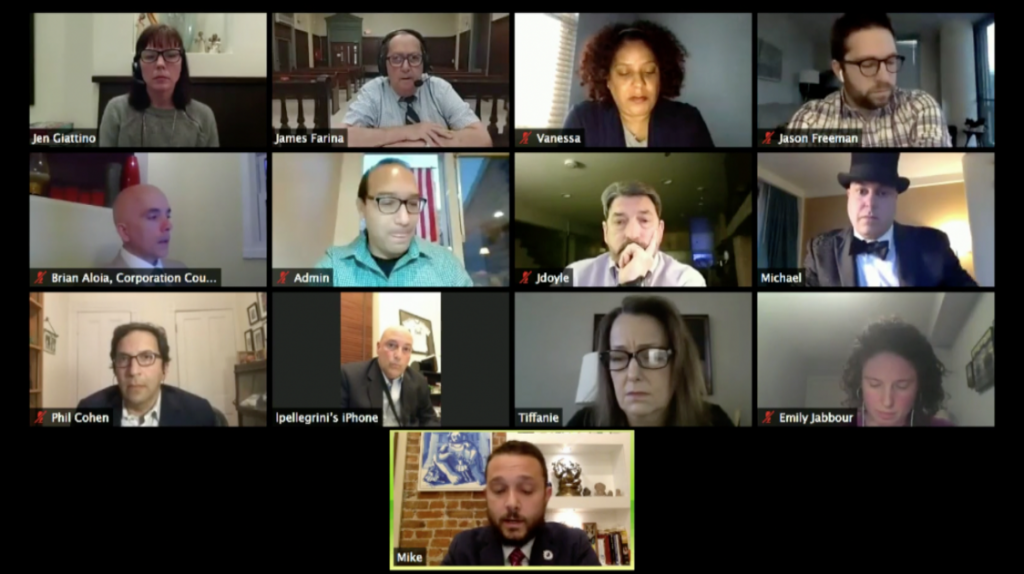 During the meeting, which was hosted on Zoom, 1st Ward Councilman Mike DeFusco and Acting Business Administrator Jason Freeman both spoke about where they felt the $1 parking concept originated from.

“We’ve already been implementing this, I think it makes sense, it makes their life easier, and will remain in effect for the duration of the pandemic,” said Freeman.

“That’s great to know director because the resident that received a ticket today who is a nurse at the hospital that called me wasn’t aware of that, so I think that resolutions such as this serve to alert our community of where we stand, so the more you can do to get that new policy out – it’s the first I’ve heard of it – but the more you can do to get that out the better we’re all going to be, so I appreciate you taking that proactive step,” said DeFusco.

At their March 18th meeting, the council approved a measure sponsored by Councilwoman-at-Large Vanessa Falco urging the city to suspend the enforcement of parking meters, with Washington Street being an exception.

While many neighboring municipalities like Jersey City, Union City, and North Bergen had enacted relaxed parking rules, the Hoboken Office of Emergency Management declared that non-enforcement of meters would create a public safety hazard.

That decision led DeFusco to reintroduce the resolution last night, he said.

“In the ensuing two weeks, we’ve seen a number of metered spots go unused throughout the city, so we’re re-introducing the resolution to stop the enforcement of parking meters across the city with the exception of Washington Street.”

Additionally, DeFusco was quickly challenged by 5th Ward Councilman Phil Cohen, who said that there’s a mistake in the first “whereas clause” of DeFusco’s resolution since it didn’t properly reflect what was voted on two weeks ago.

“My recollection is that we had a discussion in new business at our last council meeting where we decided not to make that recommendation. And the wording was more along the lines that we wanted to have the city re-examine the parking policies in the business districts generally, so this is premised on a misapprehension on what the city council approved at the last meeting,” said Cohen.

Council President Jen Giattino interjected by saying that the council also discussed the prospect of eliminating meter enforcement – with the exception of Washington Street – on a morning conference call after their meeting two weeks ago.

“The administration had reached out to me and said that the mayor will do whatever you want to do with regards to parking meters, and I actually said, why me, I would rather discuss it with the entire council and that’s why we had the discussion on the conference call and we all agreed to continue meters on Washington Street from 1st to 14th Streets,” said Giattino.

Cohen responded that he recalled the discussion they had on the morning conference call, but also reminded his colleagues that during its new business portion of their previous meeting, Falco had proposed no meter enforcement along Washington Street.

“I also recall that in our last council meeting during new business councilwoman Falco originally proposed not having metering on Washington Street,” he began.

“Instead, we had a more nuanced resolution, which we unanimously approved, which would include going back to OEM to have further discussions, but it was not to prohibit the metering of Washington Street, it was something factually different from what is reflected in this resolution,” Cohen said.

At that point, DeFusco was willing to modify the first part of his resolution to clearly indicate that he is recommending the elimination of parking meter enforcement across the city – with the exception of Washington Street between 1st and 14th Streets.

The other aspect of the resolution potentially gives restaurants a reserved “no parking” spot in front of their establishments so guest and delivery drivers can pick up food orders.

This afternoon city spokesman Vijay Chaudhuri said that street sweeping will be suspended next week, but per the Hoboken Office of Emergency Management’s latest directive, “all other rules and regulations remain in effect citywide.”

Editor’s note: This story was updated with a comment from city spokesman Vijay Chaudhuri.