The Hoboken City Council approved a resolution last night to allow the city to explore a $3 million purchase of the Jubilee Center at an otherwise uncharacteristically uneventful meeting. 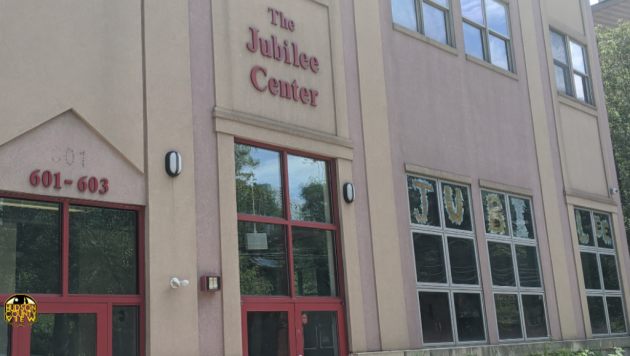 “All of that’s important, I just think, especially now, who knows what the markets even gonna look like in a month. I think there’s gonna be a lot of opportunity for us to buy property and I actually think it would be great to keep them in the 3rd or 4th Ward … but I feel like this was really rushed, not thought through: we’re putting in an offer just based on the asking price – which to me is the craziest thing I’ve ever heard in my life.”

The resolution, which calls for authorizing the execution of a purchase sale agreement for 601 Jackson Street “subject to securing financing,” passed 7-1 without any further discussion.

Giattino was the only no vote, while 2nd Ward Councilwoman Tiffanie Fisher was absent.

The measure was sponsored by 3rd Ward Councilman Michael Russo and Councilman-at-Large Jim Doyle and was an add-on agenda item.

This afternoon, Mayor Ravi Bhalla applauded the Jubilee Center’s efforts, as well as the council’s vote in the matter.

“For years, the Jubilee Center has provided critical resources for under-served youth in Hoboken,” the mayor began in a statement.

“My administration is doing everything possible to work with the Jubilee Center leadership to facilitate the acquisition of the building by the city, that will allow these services to continue, while expanding community programming, adding a food pantry to the west side of town, and offering additional classroom space to our growing pre-k classes. I thank the city council for their strong support of this process.”

The Jubilee Center has been at their current location since 2003, but due to the financial strains created by COVID-19 along with dwindling enrollments and donations, the property was listed for $3.35 million in July.

Family of North Bergen kindergartner who died from the flu holds...