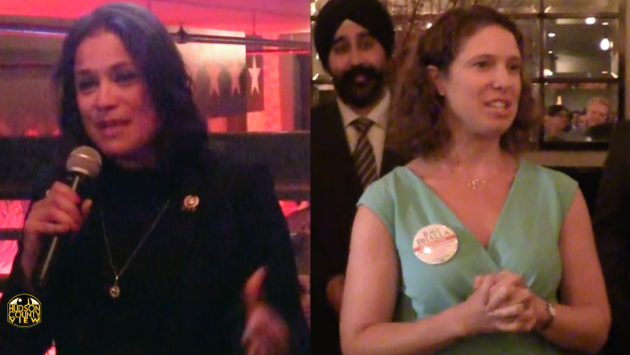 â€œOffering ranked choice voting to our municipalities would change the negative dialogue in our campaigns, save money for candidates and the government, and avoid winter runoff elections, which often result in a lower participation rate,â€ Chaparro said in a statement.

â€œThis bill would not force any municipalities into using ranked choice voting, but rather would permit local governments to implement this option should they see fit in their community. I was happy to discuss this important issue with Councilwoman Jabbour, and I hope this bill will move forward expeditiously.â€

Chaparro, along with Assemblyman Tim Eustace (D-38), is the co-sponsor of bill A-1801. If signed into law by Gov. Phil Murphy (D), municipalities would have the option to introduce instant runoffs through their local governing body (council or board of commissioners).

That still seems to be a ways off though, as the bill awaits a hearing by the Assembly’s State and Local Government Committee.

â€œInstant runoff voting is something we would like to explore in Hoboken in order to ensure we do not return to the days of expensive, low-voter turnout runoff elections that are historically susceptible to political gamesmanship and potential election mischief,â€ Jabbour said in the same statement.

â€œWith the passage of A-1801, we would be allowed to offer ranked choice voting to Hoboken residents, which asks voters on Election Day to list their first, second, and even third choice of candidates, incentivizing positive campaigning and encouraging candidates to appeal to everyone.â€

Earlier this month, the Hoboken City Council voted 7-2 to override a veto by Mayor Ravi Bhalla, allowing voters to decide whether or not to bring back standard runoff elections.

Jabbour and Councilman-at-Large James Doyle, two of Bhalla’s running mates in November, voted against the measure.

At the same February 7th meeting, the council unanimously approved a resolution introduced by Jabbour urging the state Legislature to allow instant runoffs.